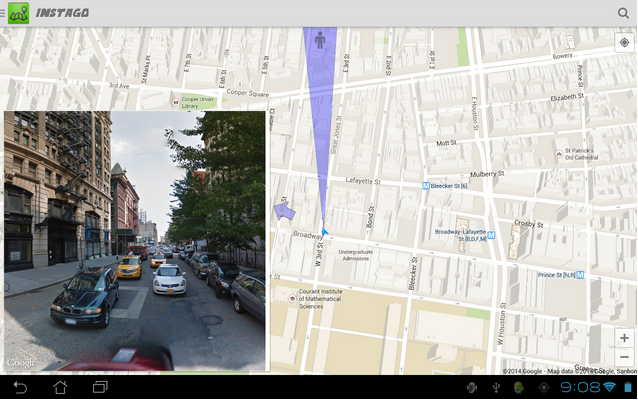 Have you ever been lost in a foreign city?

Most travelers have, at some point or another, totally lost their way in a confusing city.

That’s usually when travellers break out the Google Maps app and wait for the satellite to find their location. 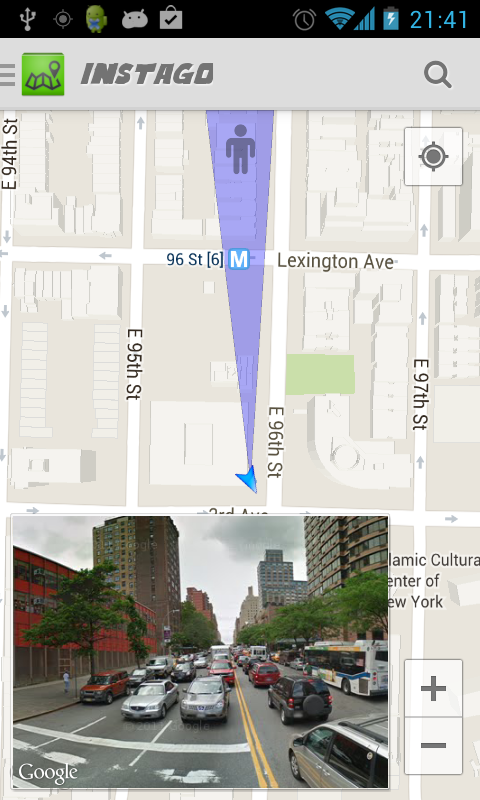 But with a new app called Instago, you can combine the accuracy of Google Maps with the personalized viewpoint of Street View to figure out where you are and where you need to go.

Personally, one of the most confusing parts about Google Maps’ GPS functionality is its little tiny arrow which shows the direction I’m looking – or at least the direction my phone is pointing.

Sometimes, that arrow is perfectly accurate. In other cases, it’s totally wrong and points me in the complete opposite direction from where I need to go. It also seems to change depending on the angle at which I’m holding my phone – even if it’s facing in the exact same way the whole time.

With Instago, you can place a pinpoint anywhere on your map to mark your desired destination. Along the way, Instago will indicate where you’re looking and provide instant looks at Google Street View in your field of view.

It sounds simple, but it’s a superior alternative to Google Maps if you’re really lost. It was created by a member of the XDA Developers Forum named TheRedSunrise and can be downloaded for free.

Whether you’re having trouble finding your car or lost in a foreign city with no directions, Instago can be a lifesaver. Download it today from the Google Play Store here.