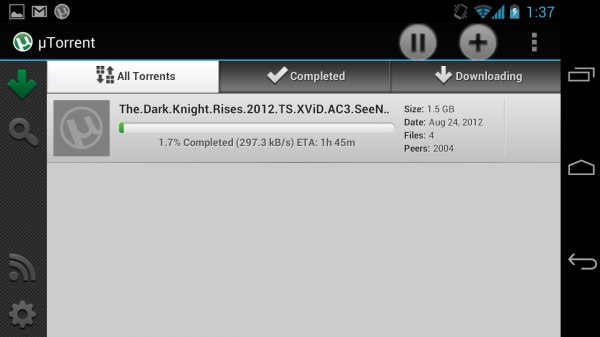 If you own an Android tablet, then you’ve probably had a friendly argument with an iPad owner at some point in your life. You might even own an iPad. While both Android tablets and iPads have unique advantages, we all know that Android tablets are better.

If you need some ammunition for your next argument with a jealous iPad owner, just tell them about all these cool apps. Here are our top 8 favorite Android tablet apps that you won’t find an Apple’s App store: 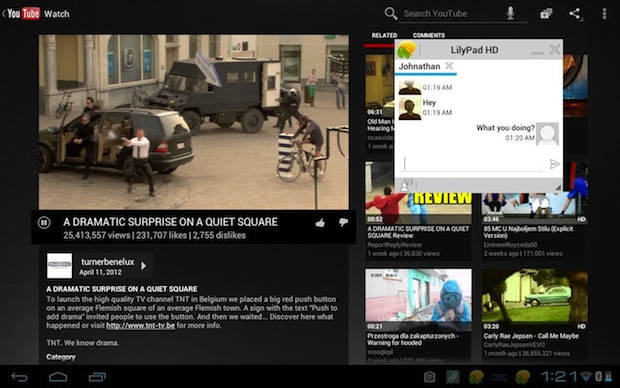 LilyPad is a popular Android tablet app that combines one of the most popular parts of a desktop computer with the UI of a tablet. Instead of having to switch between apps using the Android interface, LilyPad places floating chat windows over your screen. The app integrates with Google Talk, Facebook Messenger, and MSN, which should cover just about everybody you need to keep in contact with (no Skype, unfortunately). You can drag the chat window off-screen and on-screen whenever you want, which saves you the hassle of having to open the notifications window every time somebody responds to your IM. If you chat a lot on your tablet, this is a must-have app.

Note: if you want to try out a floating video app, try Stick It!, which does the same thing as LilyPad but with videos. 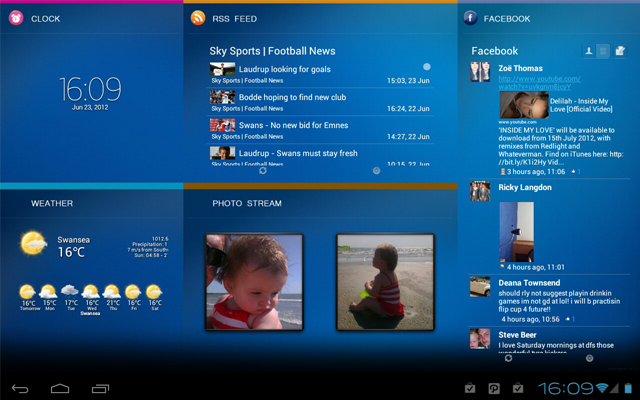 If you’re arguing with an iPad owner about the superiority of your Android tablet, then you’ve probably mentioned the word ‘customization’ several hundred times already. It’s true: Android tablets are far more customizable than iPads. And fortunately, you don’t have to root Android and install a custom ROM just to get a new launch screen. Download an app like Apex Launcher to find one of Android’s most powerful 100% customizable homescreen apps.

You can’t download torrents on the iPad. Why? Because Apple won’t allow a torrent app in their app store. Fortunately, Google isn’t as restrictive, and that means Android tablet users have a range of apps to choose from when downloading open-source files. The uTorrent app is simple, lightweight, and extremely easy to use. However, if you’re going to be downloading torrent files on a regular basis, consider installing antivirus software.

Note: if you use Usenet more often than BitTorrent, then try out the EZ Usenet app 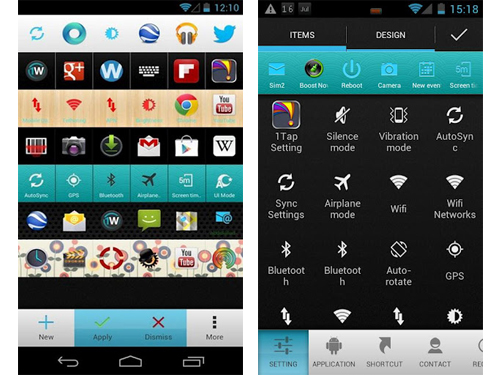 Android’s notifications bar is one of its most popular features. It’s always just a single swipe away for users, and Android users can access all of their favorite apps directly from that screen. With the 1Tap Quick Bar app, you can make the notifications bar even more useful than ever before. You can place shortcuts to your most-used apps, for example, or add settings options (like the ability to enable or disable GPS) with the touch of a button. Try turning GPS on or off with a swipe and a click on an iPad (hint: it’s not possible). 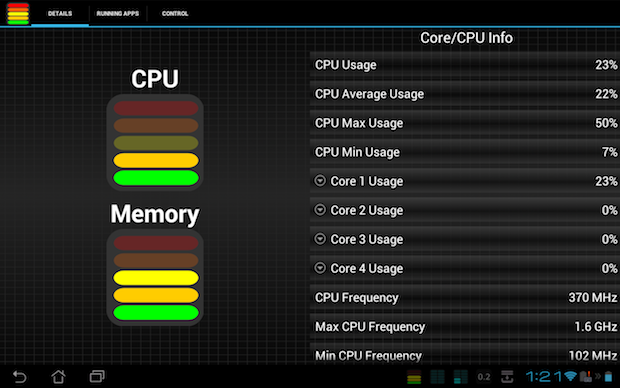 Many Android builds – like the ones found on Samsung devices – already include a CPU and memory usage meter by default. However, if you want to learn absolutely everything about your CPU and its performance, then you’ll want to download an app called the Tablet CPU Usage Meter. This app displays the speed at which your CPU is currently running as well as its core usage, average usage, and max usage over a set period of time. The only downside to this app is that it’s not free – it costs $0.99. 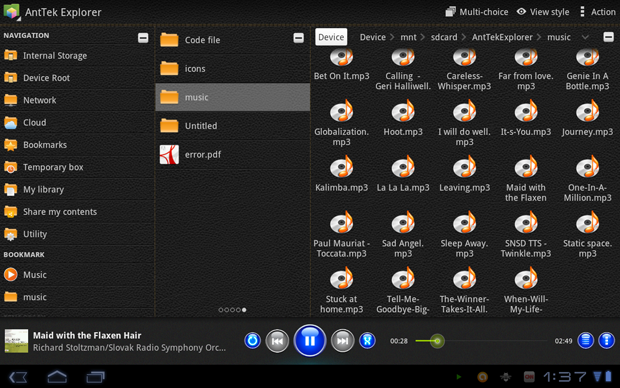 Despite the weird name, AntTek Explorer is a very useful organization app – especially for those who obsess over the file placement of the music, movies, and games on their Android. With AntTek Explorer, users can open a Windows Explorer-esque menu. The menu features three columns, and users can browse through their list of Android files and drag and drop files to wherever they need to go. The interface is simple and easy to use.

Many Android tablets have an app called ‘Flipboard’ pre-installed. If you’ve used Flipboard, then you know what to expect from Wizz Widget. Wizz Widget adds all of your most important apps onto the homescreen through a single interface style. Users can swipe on each widget to scroll to the next news item. This is useful for Android users who want to check out everything that’s new in their life without having to open ten individual apps. And, unlike Flipboard, all of this information is available directly from a single homescreen as opposed to seeing it on an app menu. 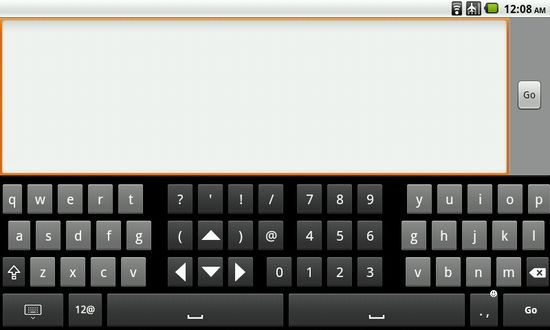 As you’ve undoubtedly noticed, one of the downsides of using a tablet is that it can be difficult to type on the keyboard without laying the tablet on some sort of surface or pecking with one finger. Thumb Keyboard, as you’ve probably already guessed from the name, seeks to change that by providing users with a keyboard designed for users who are holding their tablet on both sides with their left and right hands. Just peck away with your thumbs and you’ll be comfortably writing messages in no time at all.