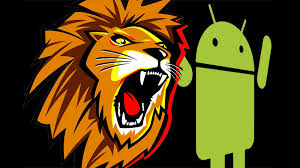 The success of Android L, though massive in the individual consumer space, has not helped it cement its position or challenge the iOS substantially in the enterprise segment. The belief among many in the corporate world that you can do a lot with the iPad or the iPhone without worrying about any security issues is a strong one. They do not have the same confidence for the Android OS.

One of the reasons analysts believe that has contributed to this confidence in the iOS is the business model. The company makes money selling its gadgets but also gets a cut from developers on the sales they make. The developers area also motivated to come out with high quality stuff which users are willing to pay for as long as privacy and security are well looked after without any compromise. Apple also recognized the utility of apps like the iMovie and iWork much early and could cash in on them.

In contrast, Google has been struggling with its Android security features that are not thought of to be as robust. It has significant data mining strength, thanks to its search engine dominance but has not been able to extract the advantage it can due to slack security issues.

By introducing the Android L with device encryption built in by default, Google has made a huge advance in how it perceives the security issues to be handled. It has also acquired some companies that are well entrenched in the data and mobile security business to help them and all this would be perceived favorably by even the enterprise segment.

Google has realized now that the issues of security and user experience need not be at tangent with each other. Now Android L would be more secure and also provide a more consistent experience than ever before. Enterprise customers look for consistency and would be more than willing to give Google a chance if they think that has been achieved.

A Better Ecosystem From Google

Google has moved away from Samsung’s Knox and through this has communicated to enterprise, it wants to create a dependable and consistent ecosystem. Once that has been achieved, it can come up with apps that complement the system and that would pave the way for enterprise IT to accept it.

The other step Google would be taking is to compel its main Android OEM gadget makers to showcase more of Google services instead of their own. There is no doubt this had led to an inconsistent user experience with so many OEMs involved and each one trying to project their own services over Google. This move may upset a couple of the top brands that have helped Google get its Android market share but is necessary for Google to be able to win in the enterprise segment.

There is a lot of expectations riding on the Android L and Google would be hoping it will help the company gain market share in the enterprise segment quickly.