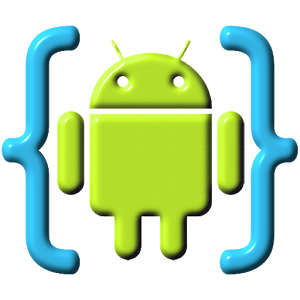 Have you ever wanted to create the next bestselling app? Apps are everywhere, and  for everything. Apps can make anything possible; so wanting to create one of your own to try and earn the most downloaded app honor is a good dream to have. Except, most of us are not programmers and know nothing about coding and other app production requirements. And when we log on to tutorials, all that stuff could get a little intimidating for most of us. Plus, there are a lot of us who might have an idea, but not that kind of time to invest in learning how to make an app from scratch. So does that mean that we give up on our dream of creating the most amazing app ever?

AIDE features interactive lessons with step-by-step instructions to learn Android app development and Java programming skills. Follow the lessons, become an expert and apply what you’ve learned in your own app projects.

AIDE supports building apps with Java/Xml and the Android SDK, apps with C/C++ and the Android NDK as well as pure Java console applications. AIDE is fully compatible with Eclipse projects. You can just copy the sourcecode to your device and open the Eclipse project in AIDE to start coding. Alternatively you can keep your sourcecode on your Dropbox – AIDE integrates with Dropbox and allows to easily download from your Dropbox and sync back your changes. AIDE can also open Android Studio projects, which follow the default folder structure. AIDE also supports Git for professional development. 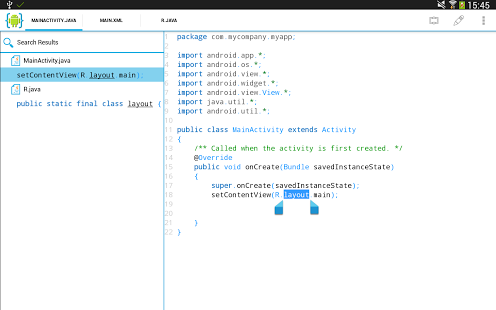 Real-time error checking:
– Real time error analyis throughout the whole project as you type
– Automatic Quick-Fixes for many errors

UI design:
– Preview XML layouts
– Jump from view in the designer to the XML element

These are just a few of the features this app includes, kind of like a trailer. Basically, AIDE offers Java programming for the beginning, intermediate or advanced programmer. Beginners can learn to code, developers can do real development. Using the advanced editor with code completion and syntax highlighting to edit Java and XML files, then compile the software, the use the Compiler to turn it into an app. AIDEs incremental Compiler is blazingly fast. Interoperiability with Android Studio, Eclipse and commandline SDK Tools is provided. Not only does AIDE Support Java development but C and C++ native development is supported as well. AIDE is the tool for professional coding and hacking.