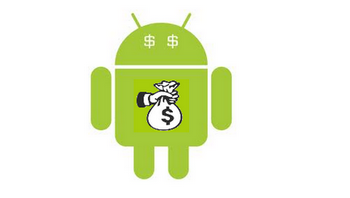 The proliferation of Android apps and the popularity of some of them on Android smart phones are more than enough reasons to get into development of such apps. The good aspect of such development is that the cost need not be too high and you are unlikely to get surprised by hidden charges that may totally upset the budget you have set yourself. It is better anyways to practice due diligence by discussing the project details with experts in the field prior to embarking on it.

The first one would be the platform on which you propose to develop the app. While there is no one right answer as apps are pretty specific to each OS, the Android platform is relatively less expensive. You only need to pay $25 in advance as compared to the $100 you would have to pay for Apple. The payout is similar at 30% from both platforms.

Then you have the optimizing you would have to do across so many of the devices that have been launched on this platform. Only then would your app get the exposure and visibility it deserves and thereby greater chances of it being used so that you can make your money. It is however less of a hassle in the iOS although the process has been made more complicated after the introduction of the latest iPhone 6 and 6 Plus. Although you have fewer devices, but have to understand the process much more.

Your choice of the platform will depend on other aspects such as the target audience, revenue potential, demographics and flexibility in being able to make changes.

Costs At The Beginning

The price of a high-end Android app hovers around $2000. Longer projects may entail you to pay the developer or programmer a monthly salary of at least $2200. However, much depends on the objective and scope of the project and the details it involves. For a start, you need to set aside at least $20,000 for a project involving average complexity.

You can keep a tight rein on costs by doing the following:

Get Quotes From As Many As Possible

Even after discussing the project in detail with an expert and having got to know the approximate expenses involved, you would do well to take as many quotes as possible. Do not be in a hurry to wrap up the project and ensure that it goes through an adequately tested beta phase before you officially launch it for your consumers. Take into account the experience, testimonials and your own comfort factor with the shortlisted Android app developers before going ahead with the project.