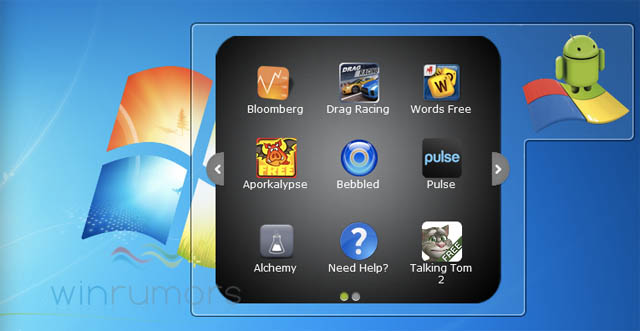 The Google Android platform is a developer friendly one, and that is evidently justified just by glancing at the huge number of choices users have when they access the Google Play Store. Many of these apps have no restrictions either and that has enabled it to score over both iOS and Windows. All you need to run these apps is an Android device.

What if you have a Windows computer and still wish to run an Android app?

The good news is that it is possible. You have the Android Emulator that has been released as a part of its official SDK by Google. This emulator, as the name suggests, creates virtual gadgets that can run any active version of Android and that too with varying resolutions as well as hardware configurations. The only issue is the rather complicated set up but as the saying goes, “no pain, no gain”.

You will have to access the SDK package from Google and use the manager within it to download platforms you want – so if you want the latest Kit Kat 4.4.4, you can have it. Now you access the AVD manager to create plus manage the virtual gadget. There are some options that have already been pre-configured but you may make the changes you want. Now boot the virtual device to get the apps installed and you are on your way!

Some File Management Steps You Need To Take

There is no Google Play Store though and that is why some file management activity is needed by you. Take the application package and transfer it into the Tools folder of your SDK directory. Use the command prompt adb install filename.apk even as the AVD is operational and you should have the app added to the list of apps in your virtual gadget.

The advantage with the emulator is that it has the unmodified Android even at the source. This enables the apps to render in the same manner on the emulator as they would have, on devices. It is therefore a wonderful tool to test app builds prior to loading them on the test gadgets. The only issue is the sluggish speed of the emulator as it does not have the requisite hardware to run games as you would like it to.

Ports In Your Android PC

For a better app experience, you can install a modified version of this OS on your computer. There are some Android ports that will also run on desktop computers but suffers from limited support, due to the rather elaborate hardware configurations choices you have on these personal computers. The preferred choices to make a complete Android installation on your computer are the Android on Intel Architecture and Android –X-86 Projects.

However, neither are perfect and you will require additional hardware support such as the Dell XPS 12 or Lenovo ThinkPad X61 Tablet for Android X – 86.If despite all this, you find your hardware is unable to get the support, you may attempt installing them through VirtualBox, which is perceptibly faster than the emulator.