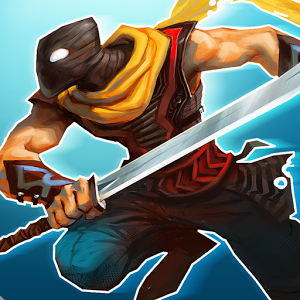 The game features a protagonist by the name Kuro who is a ninja, and the game is about his journey to become the Shadow Blade. He must seek the teachings and trainings of the last remaining ninja master. And we all know why ninjas are famous – stealth, skill, acrobatics, power and kills are the major elements of being a ninja, whether it’s a myth or reality! 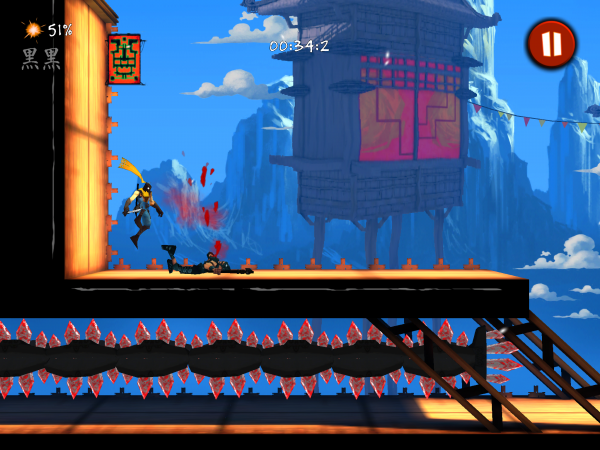 The player takes the character through different obstacles in the form of enemies and traps by performing acrobatic jumps and by killing those who come in the way. The levels pose extreme challenge in that they feature countless deadly traps. The player should be stealthy and should have good reflexes to get past the levels. The gameplay is based on levels and a three star rating system.

Designed and developed by Dead Mage studios, it’s an action-platformer game for Android devices with intuitive touch control, i.e. a player can toggle between virtual buttons or gesture based controls. The virtual buttons are tightly responsive and contributes towards an awesome gaming experience. On the contrary, gesture based controls aren’t cold either; in fact they are mighty impressive and  it’s only a matter of practice before the player can progress through the levels by simple taps and swipes. Though the game does not deliver anything new, its attention to detail, synchronized controls and the mojo makes it an enjoyable game. There aren’t too many moves either but the combination is streamlined to keep you engaged while in the game. The graphics is far ahead of just good – it is incredibly attractive and flashy in the artwork and color amalgamation. The execution gets more stylish due to the graphics in motion. 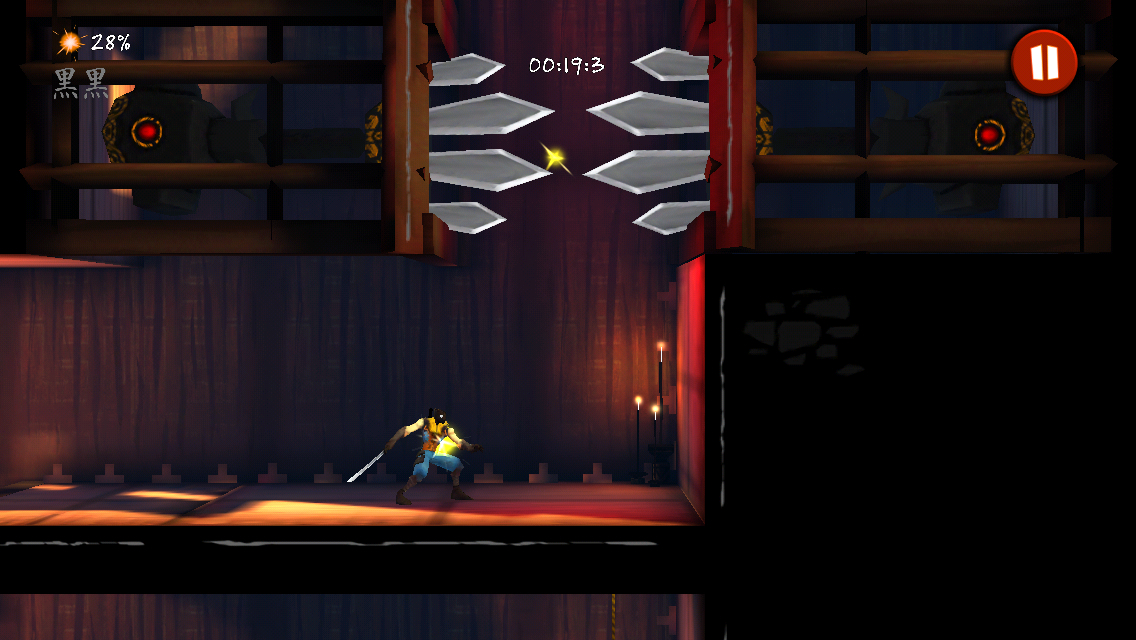 The player needs to collect orbs and two secret icons on the way. If you can complete the level under a minute, you get three stars. But it isn’t a cakewalk and it is also not possible to acquire the star separately, and hence many are content with achieving just two stars. The game time is spread across 40 levels of story and there are extension updates available. But with the content of 40 levels, I seriously doubt the need for updates.

There isn’t much to complain with a game such as this. The game gets difficult in the later stages and might frustrate the impatient enthusiast but that is a default nature of every game. There is a balance between the risks and the rewards but it is difficult to achieve. The variety in backdrop is not much. Nonetheless, despite all odds, Shadow Blade definitely emerges as a worthy game.