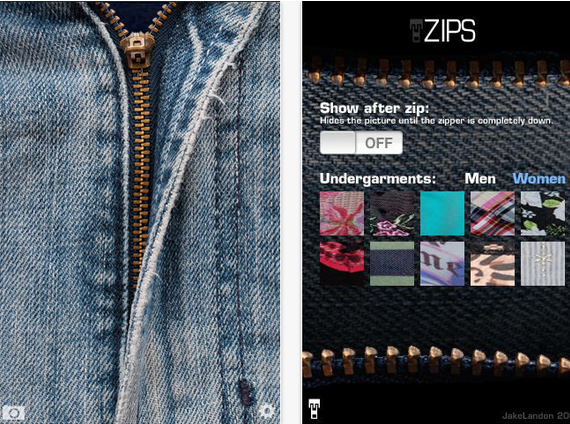 When you think of a hipster American city, you think of San Francisco. Or maybe Portland, which is just a little ways up the coast and seems to have taken in some of the strays from San Francisco. But clearly, San Francisco is the heart of some part of America’s culture – including those Silicon Valley hipsters. 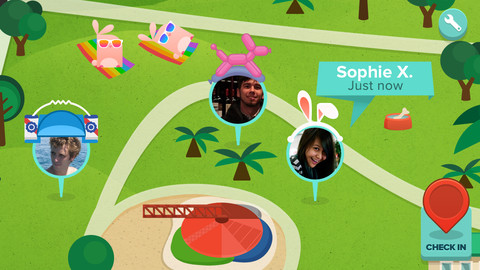 ‘Dolo’ is short for Dolores Park, which apparently becomes quite busy on sunny days and weekends. It’s a small park in San Francisco and this app promises that “you’ll never miss another afternoon at the park.”

Anyways, I can just picture some iPhone-wielding plaid-wearing techie stumbling around the park in the middle of the day trying desperately to find his friends without looking up from the screen. How many kids on picnic blankets do you have to step on before you realize this app is ridiculous? At least it gave us this suspiciously-hipsterish review:

4) Pretend to shave your face with a pretend shaver app

Wanna play an awesome prank on your friends? Okay, here’s what you gotta do: download this app for Android and then put your phone up to your face and press the power button on the app. Now run your phone up and down your bearded face and stand in front of the mirror.

Are your friends laughing yet? Try turning the sound up so they can hear the extremely annoying buzzing sound coming from your speakers as you use a phone to pretend to shave your face.

Now think of all the mistakes you’ve made in life to get to this point and uninstall the app immediately.

How lonely do you have to be before you start kissing your phone? Apparently, one million Android users didn’t bother asking that question before they tried out the Kissing Test app. This app displays a set of rosy red lips on your screen and then you make out with your Gorilla Glass-coated, germ-encrusted screen.

To make matters worse, this app isn’t designed to be tested once and then uninstalled – it wants users to actually improve their kissing skills over time in order to become the master of smartphone seduction. There are specific challenges, including the ‘French Kiss’ challenge and ‘Romantic Kiss’ challenge.

In the app’s description on the Google Play Store, it emphatically states that:

“Please note that this not a scientific test to prove your kissing skills. This is merely for entertainment purpose and provide you a way to get the conversation going with people you want to get to know [sic].”

Yeah, okay. Because that girl you brought home from the club can’t wait to get her lips all over your nasty phone.

There’s nothing sexier than unzipping a man’s zipper, am I right ladies? Well, now you can enjoy that thrill over and over again thanks to a “sexy, suggestive, and seductive” app called Zips.

Zips allows you to zip and unzip a pair of virtual pants. There is a free version that features a pair of women’s pants and men’s pants. But here’s the crazy thing about this app ­– there’s also a paid version that thousands of people have paid $1 for. That paid version lets you change the underwear behind the zipper to a selection of like 8 different underpants – it doesn’t get any sexier than this!

Maybe this app isn’t totally useless. Because if it’s keeping randoms away from the underwear section at your local clothes store, it’s probably helping society. And hey, maybe that girl you brought home from the club will like this app too?

This app brought the world another fantastic iTunes review:

That guy had a way better childhood than I did.

1) The most pointless game ever made 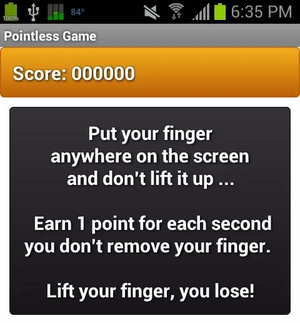 This app, entitled “Pointless Game”, gets full credit for being honest. This game measures how long you can keep your finger on the screen and awards one point for each second you don’t remove your finger.

If you can hold your finger on the screen longer than anyone else, you win! The app even has a super-ambitious six digit counter at the top of the screen, which is great if you want to waste 278 hours of your life holding your frigging finger on your smartphone screen.

Fortunately, the developers of this app at least released it for free.

Will You Marry Me?: Want to crush every hope and dream your partner ever had of a perfect wedding proposal? This app will do that for you with just a single click. 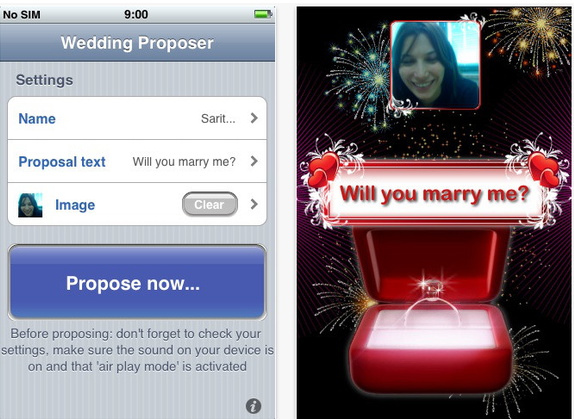 Pikini: Who has time to manually search through hundreds of Facebook pictures to find the perfect bikini shot these days? That’s why Pikini was invented. Pikini uses an image search algorithm to scan through your pre-chosen Facebook friends’ pictures and find the hottest bikini pictures. You can even favorite the best photos “to find them easily again.” Actually I think this app might be pretty useful.

Vuvuzela World Cup Horn Plus: Remember the 2010 Soccer World Cup? Remember those hilarious vuvuzelas in the crowd? Well, check out this fun vuvuzela app that allows you to tap the screen to bring that sound to life! Oh by the way it costs $200.

Wait, these apps are making how much?

The problem with some of these apps is that their developers are making thousands – even millions – from their stupid ideas. iFart Mobile, which costs $1 and does exactly what you think it does, apparently generates $10,000 in revenue per day. That is crazy.

Got any more ridiculous apps to tell us about? Share em in the comments!