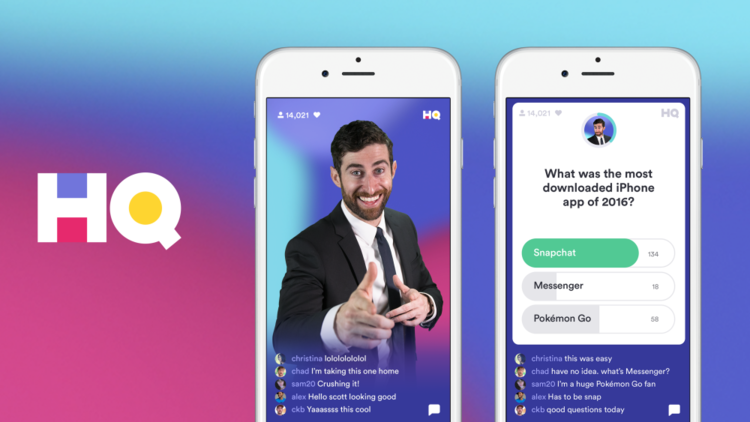 HQ Trivia is the most popular trivia app for Android and iOS. Featuring live trivia at set times every night, the app has given away hundreds of thousands of dollars to users since launching in 2017.

1) A User Was Once Kicked for Using a Rooted Phone Seconds Before Winning $25,000

It may be the most infamous moment in HQ Trivia history. In March 2018, the company held a winner-take-all $25,000 prize tournament for the first time. The herd was narrowed down in a surprisingly short period of time. By the 27th question, there were just 2 players remaining, including a user name JericBrual.

Then, something shocking happened. This message appeared in HQ Trivia’s chatbox seconds before the final question was posed to the two users:

so this guy Jeric Brual worked his ass thru 26 questions in HQ for the 25k prize and was kicked out seconds before he answers the final question. WTG @hqtrivia @ScottRogowsky pic.twitter.com/rMqZpP1mUB

That’s one of the final two users getting kicked. Why did he get kicked just seconds before answering a question for $25,000? HQ Trivia never explained. However, the user’s Twitter profile was filled with stories of him “hacking” HQ Trivia using jailbroken iPhones and rooted Androids. Using a jailbroken iPhone is against HQ Trivia’s terms of service. 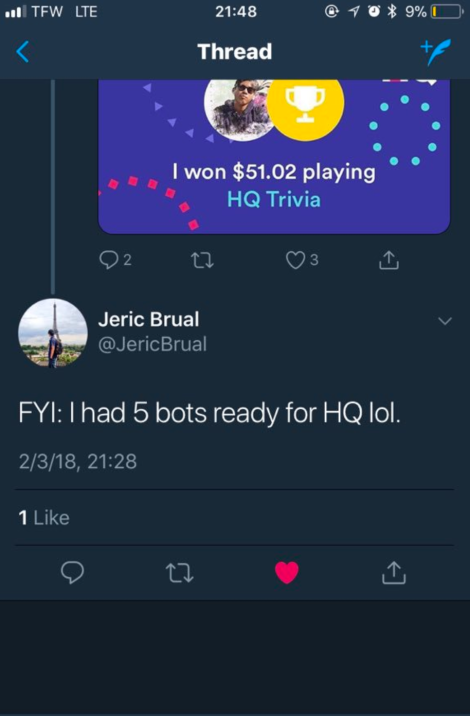 The other user, by the way, answered the final question wrong, which meant nobody won the $25,000 prize, and it rolled over to the next week.

2) The Company Has Already Raised Over $20 Million

HQ Trivia recently raised $15 million at a $100 million post-money valuation, as confirmed by Axios. Prior to that funding round, the company had already raised at least $8 million from Lightspeed Ventures.

If you’re ever wondering how HQ Trivia can pay its users big prizes despite the limited advertising, the answer is simple: venture capital funding.

3) HQ Trivia Was Made by the Same Guy Behind Vine

Vine, another popular Android app that later shut down, was made by the same mind behind HQ Trivia.

Rus Yusupov is a Russian-American entrepreneur who is the founder and CEO of HQ Trivia. He began his career as a designer for companies like Razorfish and Hulu before founding a design and engineering studio named Big Human. Yusupov co-founded Vine in June 2012, then famously sold to Twitter for $30 million in October 2012. Vine reached its park in 2013, then gradually declined over the years.

Yusupov left Twitter in late 2015 after Vine was deprioritized by Twitter. He later tweeted, “Don’t sell your company.”

That’s why some people believe HQ Trivia won’t pull a rapid exit: the company’s founder and CEO doesn’t want to repeat his mistakes with Vine.

HQ Trivia doesn’t work if people continue to cheat. Unfortunately, this is the internet, and people will always cheat. This lesson is true when you’re playing a free online game. It’s even more true when you’re competing for prizes of $25,000 to $50,000. 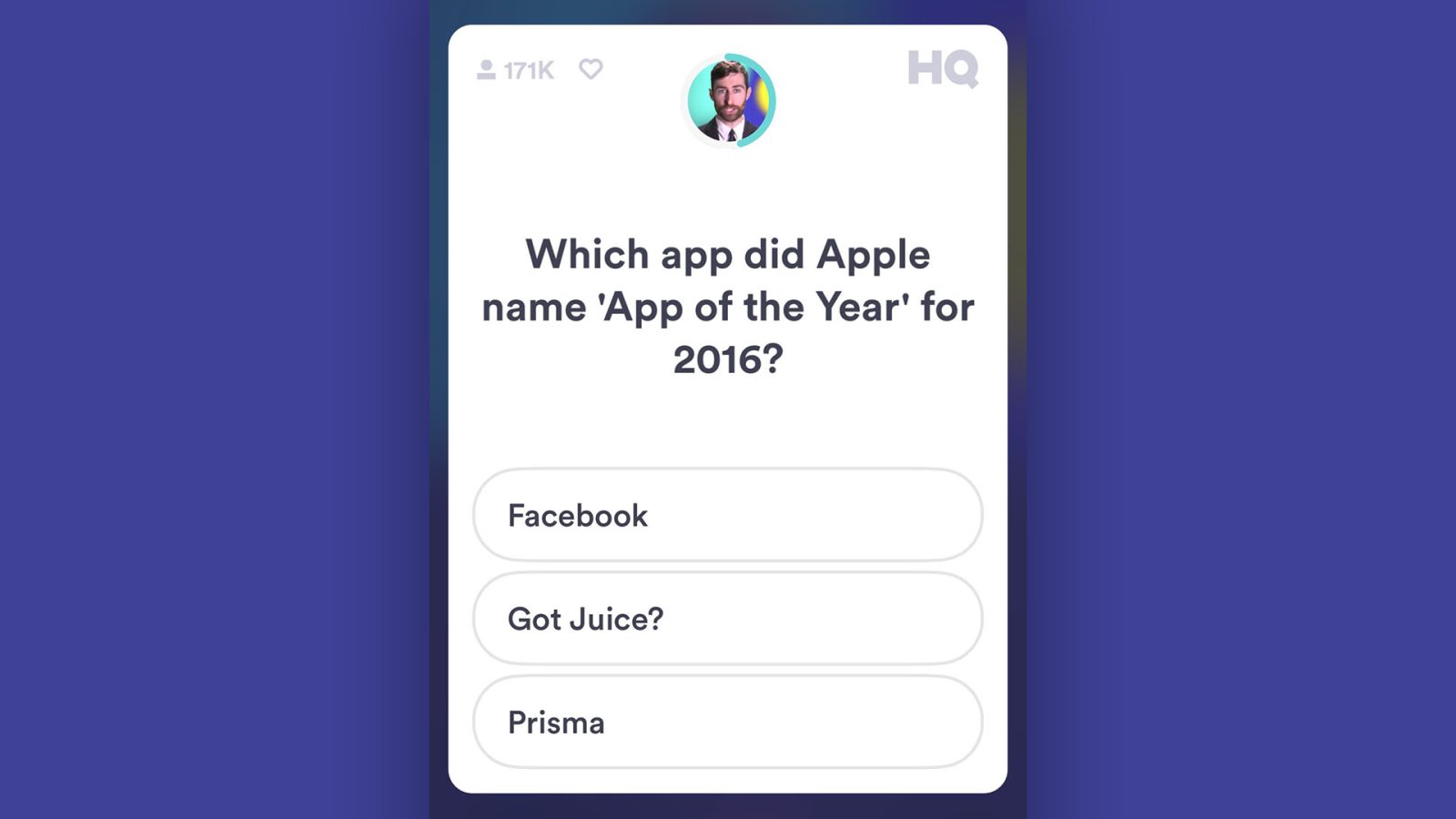 HQ Trivia was plagued by bot issues for a brief period of time. There was the infamous HQuack public HQ trivia bot, a free bot created by a software engineer named Jake Mor. In February 2018, Mor announced he was shutting down the bot for ethical reasons – he felt bad people were using it to cheat honest players.

HQ Trivia understands how devastating bots can be to its community. Beating the bots is obviously important to the app’s continued success.

5) It’s Showing No Signs of Slowing Down

We’ve seen countless mobile apps rise and fall over the years. Pokemon Go was enormously popular for one unforgettable summer before dropping millions of users within months. Other apps – particularly free trivia apps – have followed similar paths. Does anyone else remember Trivia Crack?

HQ Trivia, of course, isn’t a free trivia app. Users earn real money. That means when fewer users play, you have a better chance of winning money. This should create a natural incentive to play.

Will HQ Trivia reinvent television and be the next long-running Jeopardy or Wheel of Fortune? Or will it be a flash-in-the-pan app with a popularity cycle similar to Pokemon Go? Time will tell. In any case, you can download HQ Trivia for Android here.