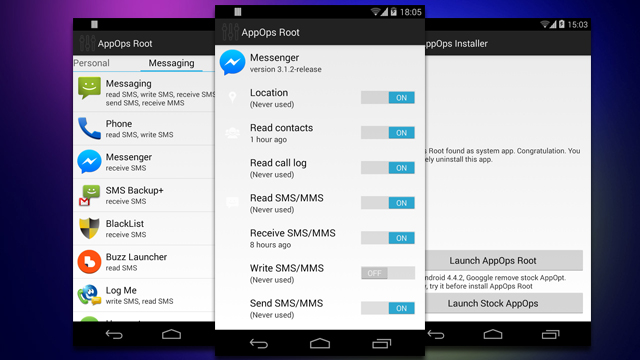 App Ops was a popular Android feature that allowed users to enable or disable operations on a per-app basis.

It was found in the stock Android settings menu and it was very useful for many users. For some strange reason, App Ops was disabled in Android 4.4.2.

I guess Google removed App Ops because developers didn’t like the idea that users could control how their apps worked. Basically, Google was placing developer benefit over user benefit.

Fortunately for you, one developer has decided that App Ops was too important to miss. That’s why that developer created a root-only ‘App Ops’ app which allows you to re-add App Ops to your Android 4.4.2+ device.

How to use App Ops

Whether you download the root only app or you’re using App Ops on lower versions of Android, you can edit all sorts of useful app permissions with App Ops, including an app’s ability to:

So if you don’t want Facebook to access your location data, for example, you can remove that permission via App Ops.

App Ops is extremely useful if you value your privacy. It’s also useful if you like downloading lots of Android apps that request weird permissions – like access to your contacts or camera (that’s just creepy).

You can download the root-only version of App Ops here: