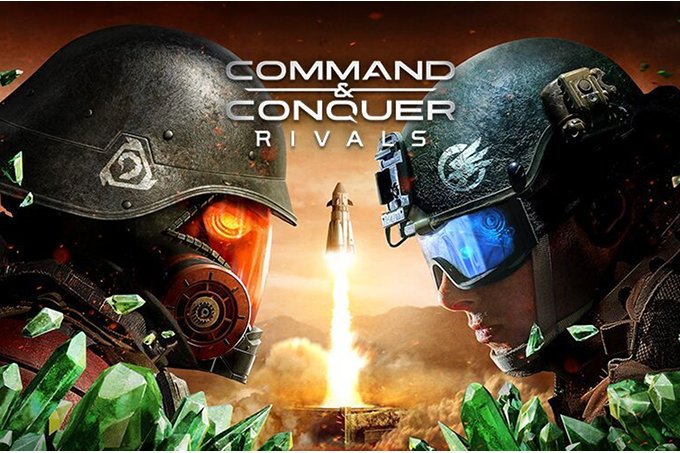 Our favorite Command and Conquer games, once enjoyed in PC, and one of the classic and most popular games of all time is now on Android!

The EA Play 2018 marks the huge comeback of the game. There will be some changes to match mobile control, but nostalgia goes beyond those changes that they don’t manner anymore. Are you excited to play Command and Conquer? Are you ready to send those tanks to battle? Or launch those jets to annihilate enemy base?

Here is everything you need to know about Command and Conquer: Rivals.

The game has been made mobile-compatible. Therefore, a lot of changes in the gameplay has to happen. We will no longer have to scout a large map looking for the enemy base. You and your rival’s base will be in a form of a hexagon in a single map.

I find that pretty weird actually. Gameplay is almost as the browser game “Tribal Wars” where you send your troops to war and designated minutes will appear. You can also do this in Command and Conquer, but it will only result in a little damage. What you need to pay attention to is the giant missile in the center. Your priority should be to capture the giant missile before it launches. When you take control of the missile, it will drop into the opponent’s base and does tremendous damage.

To control the missile, your troops must occupy the majority of the designated hexagons on the board. Two missile hits are enough to guarantee victory.

The good news is, the “building the base” part is still here. The game’s currency is called green crystals and you’ll earn them through the Harvesters. Harvesters don’t fight and an easy target for the enemy. But, you have no choice anyway because you need them to mine green crystals. You can have multiple Harvesters at once.

You will need green crystals to build buildings and produce troops. There will be a global cooldown, so you can’t abuse saving your troop and send damnation to your opponent once and for all. The cooldown is there to keep the game balanced and exciting.

Each building produces different types of units. Each unit type has its own strength and weaknesses. Just like the classic Command and Conquer where tanks are strong against infantry but weak against co-tanks. You can control your troops and move them anywhere within the board.

Of course, don’t forget about the “commanders.” Your commander has special and very powerful abilities that can be used to do sort of things such as heal your troops or inflict massive damage to the enemy troops. Proper timing of use of these abilities can turn the tides of the game.

Playing matches will allow you to receive achievements which will reward you a game currency. Use them to unlock new types of units, commanders, and other rewards. Winning will also increase your rank and puts you to an advantage against other players. There will also be different types of a battlefield, so feel free to master each one and come up with the best strategy.

This game requires a lot of thinking. You can win by keeping the missile under control or sending troops to destroy the enemy base. Different maps call for different strategies. Sitting idly by once you captured the missile doesn’t make you victorious. The enemy will do everything to take it, and you’ll do well to fortify your defenses or continue attacking their base.

If you’re ready to play the game, you can pre-register in the Google Play Store today. Command and Conquer: Rivals hasn’t launched yet, but it will be pretty soon.