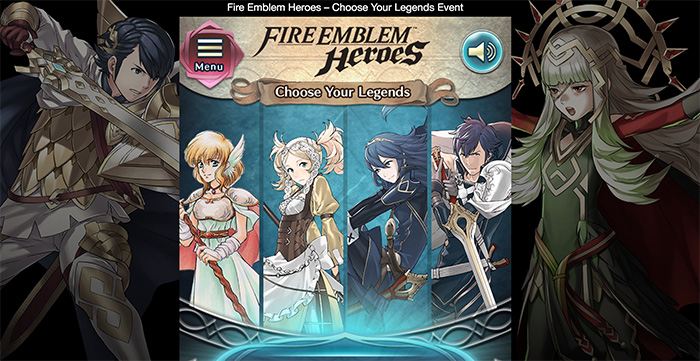 Fire Emblem Heroes – from being Nintendo favorite to dominating the Mobile phone market. Fire Emblem heroes are climbing the ladder into being recognized as one of the highest mobile game in terms of gross revenue earning over $295 million in its first year.

This strategy game reminds classic gamers the best of 2D gameplay and the type of games that will really make you think. These classic games only prove why classic gamers are more intelligent than the new gamers today.

Since its debut, it has surpassed Super Mario Run five times, and just behind Pokemon Go and Clash of Clans. It was launched in 2016 and available to play on both Android and iOS. Not only the Fire Emblem franchise is an expected hit to classic gamers, but the iconic game also tops in regional popularity and monetization strategy.

Heroes are popular in the eastern region with over 60 percent of revenue is coming from a player in its birthplace – Japan. 30 percent of its revenue came from the United States.

The game saved Nintendo after the unexpected breakdown of Super Mario Run. Super Mario did not reach the acceptable profit point despite hitting 200 million downloads. The fall of Super Mario earnings is mostly blamed on its $9.99 additional fee to unlock and enjoy the full game features.

Fire Emblem Heroes, on the other hand, is entirely free-to-play but has in-app purchases through microtransactions that enable players to randomize character drops. Although far behind Pokemon Go and Clash of Clans which earned $1 billion revenue on its first twelve months, Nintendo is doing its best to rise in this competitive market. They announced the release Mario Kart game is underway which is one of the most anticipated games in mobile.

The story roams around the Fire Emblem world with a melodramatic opening movie. What can we expect from Fire Emblem – known as the best game stories of all time? Players will begin as a rare class of Summoner charged with visiting various Fire Emblem worlds to fight legendary warrior being controlled by evil.

Heroes are designed to make you think and strategize in its combat play. The environment still features the beautifully rendered castles, pools of hot magma, and other challenging terrains makes the game exciting and creative.

Users can only take four units into battle and left to plan their move on how to defeat enemies with different attributes. The games also feature the so-called “weapons triangle” battle mechanic. A rock-paper-scissor mechanic that randomly finds new means to crush the enemy. You’ll be spending hours of excitement just by tweaking around this mechanic.

Unlike other RPG’s where you can easily finish the game by acquiring powerful characters, Fire Emblem Heroes has this gambling style of acquiring units that makes playing the game fair among all users. Everything depends on luck. If you want to get strong characters, you need to roll out the luck carousel several times.

This game can be frustrating at first, but if you get to know the true fun of it, you can’t stop playing. the extremely fun battles and the chance to reunite with old Fire Emblem friends from around the world makes it worth the free download.