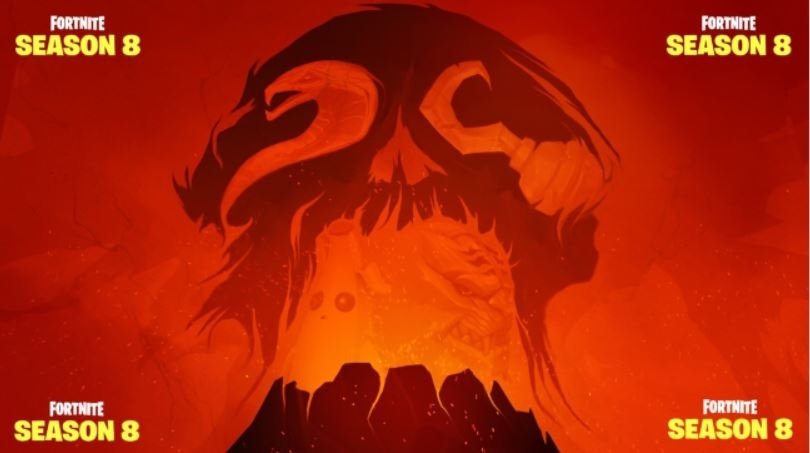 They say Fortnite is ending since APEX Legend arrived, or because Pewdiepie finally played it and hit a record-breaking gameplay. But guess what, the well-loved game is still on the role and here we are looking at a new season coming up.

Fortnite is not ending, it’s just the world is on fire. Here’s everything you need to know about Fortnite Season 8.

Alpha and Omega and how much it costs

The previous season was expected to end on Valentine’s Day, February. However, Epic extended the event by two weeks and waited for the end of the month. The new season will start on February 28, the day after season 7’s end on February 27. The event is expected to run for 10 weeks and might end on May 9.

Unlike the previous season, Fortnite Season 8 Battle Pass is free. Well, sort of. You need to complete a certain Overtime Challenges before Season 7 ends on February 27 to get a free Season 8 Battle Pass. Alongside it, players can also unlock the most sought-after exclusive skins, emotes, and other cosmetics by completing challenges to progress through the premium Battle Pass’ 100 levels.

If you don’t manage to pass the required challenges, the new season will cost you 950 V-Bucks. You can purchase 1,000 V-Bucks for only $10.

The Season 7 snow is melting

While Season 7 was all about snow and ice, the upcoming season will be the exact opposite. If you haven’t noticed, which you should, the ice at Polar Peak can be seen melting which revealed a large castle. This all happened by a sudden appearance from the Ice King and The Prisoner, who was apparently being held deep within the castle. It somehow suggests that The Prisoner will be responsible for the melting ice and basically the fire version of the Ice King.

In the past few weeks, players have also experienced random earthquakes in the world of Fortnite. So far, the cracks are just props, but it is slowly changing the entire map. Major earthquakes can split the map into separate islands, bringing in the ocean water into the mainland.

This can be obviously related to the aquatic-themed skins that are slowly being introduced in the game. It would also explain the pirate theme the official Fortnite Twitter account was teasing about such as hooked hands, skulls, bones, cryptic hints about treasures and loots, and more related to pirates.

The Fire King and pirates, probably with a Pirate King, are coming to the world of Fortnite. New enemies, new worlds, therefore new skins and pets will be arriving too. We are expecting Jack Sparrow or Black Beard skins and pets such as crocodiles, snakes, and anything pirate-like.

Epic is yet to announce the new stuff coming this Season 8. They may announce together with the launch.

Are you excited to play the new season? Complete the Overtime Challenges today to get a free Fortnite Season 8 Battle Pass.