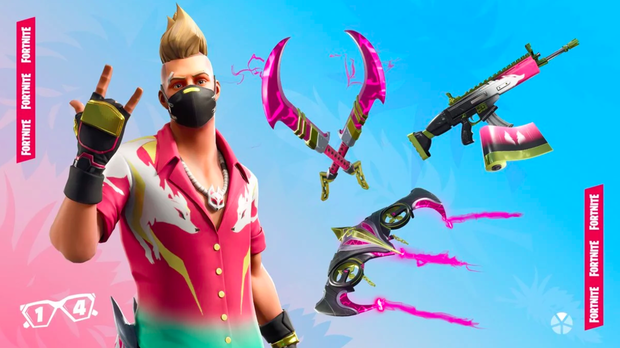 Here comes Fortnite’s 14 Days of Summer, the annual event that kicked off this week and will see daily content dropped into the world of Fortnite, offering players of every game mode the chance to experience new things every day. The 14 Days of Summer, as the name suggests, will last for two weeks, and will include new challenges to complete, game modes to play, and items to pick up in the item shop.

To celebrate the occasion, Epic plans on giving Battle Royale players ton to do every day and will be unvaulting one weapon each day, allowing players to have some fun with weapons that haven’t been in the game for some time. Along with unvaulting the weapons, new limited-time modes will be available each day, new challenges and rewards will be released each day, and new outfits will drop into the Item Shop.

For those who would rather play the Creative and Save the World modes of Fortnite, a new featured island will pop in Creative daily, and new quests every day will allow Save the World players to score some free items in the store.

For a brief look at some of the limited-time modes that will drop into Fortnite throughout the next two weeks, check out below, and head over to Fortnite’s blog to see the full breakdown of what to expect:

The new content patch includes weapon changes. Not only is the Revolver making its way back into the game, but the Pump Shotgun is also getting unvaulted and joining the current lineup of weapons. To make room for some of the changes, the Rare Tactical Assault Rifle will be headed to the Vault, along with the Impulse Grenades, Rift-To-Go, and Pirate Cannons.

For a full look at the list of updates that hit Fortnite earlier today, make sure to head over to the Epic Games blog and check them all out, as there is quite a bit across all three game modes.