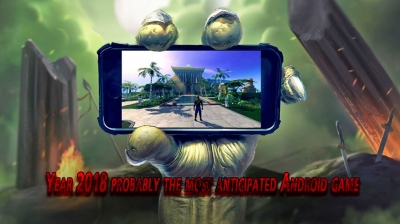 That’s right! Several renowned games from console and PC are going to make their debut on Android smartphones this 2018. I know you can’t wait to scratch your phone’s screen with these action-packed games. So, without further ado, here are the most anticipated games coming to Android that we know so far:

A whole new universe of Final Fantasy XV is going in Android this February 9, 2018, and it’s in Pocket Edition. Our favorite hero Noctis Lucis Caelum and his three loyal friends will look way cuter compared to the console version. Now you can play FFXV whenever and wherever you want.

Batman: The Enemy Within Episode 5

If you haven’t played the previous episodes, then you should download now since Episode 5 is coming this 1st quarter of 2018. The amazing Telltale game features a unique story of our favorite and most epic DC Character.

My heart skipped a beat when Bandai Namco announces that they will be launching Tekken Mobile this year. One of the most highly-played PVP game is now playable on your Android devices. Now, you can compete with your friends anywhere and find out who truly is the King of Iron Fist.

Another epic Telltale Game that is inspired by one of the most loved TV series, The Walking Dead, is about to conclude their story. If you think just because the zombies are less scary because they’re animated, well think again. It has a few surprises in store that will make you jump from where you stand. Be careful not to throw your phone now.

About time Marvel clears their name in other failed Marvel games. Developed by FoxNext, the release of Marvel Strike Force is expected to be epic and will dominate this year’s Android games. All Avengers and X-Men fans watch out for this heroic battle where players can recruit their own squads of Marvel’s greatest heroes and villains and send them to battle.

The Attack on Titan anime is quite chaotic and gruesome, yet we cannot expect to see less of that brutality. Compete with players around the world to battle titans in gameplay that combines the elements of runner and action games. The game promises not only action, but the player itself must be a critical thinker and agile reactions to survive the game. Fight like your life is on the line.

While other game developers are focused on creating cute and action-packed games, FoxNext is busy studying the fear of all mobile gamers. The X-Files: Deep State showcases a unique gameplay that will let you delve into the unknown. All paranormal activity fans will truly enjoy this one-of-a-kind setup.

More exciting games will also be making their debut this 2018 like Minecraft: Story Mode S02E05, Cartoon Squad, Harry Potter: Wizards Unite, One Piece: Bounty Rush, My Tamagotchi Forever, and LEGO Quest & Collect: Legend of the Master Brick. Keep your Google Play Store updated and be sure to be one of the pioneering players to enjoy these awesome games.