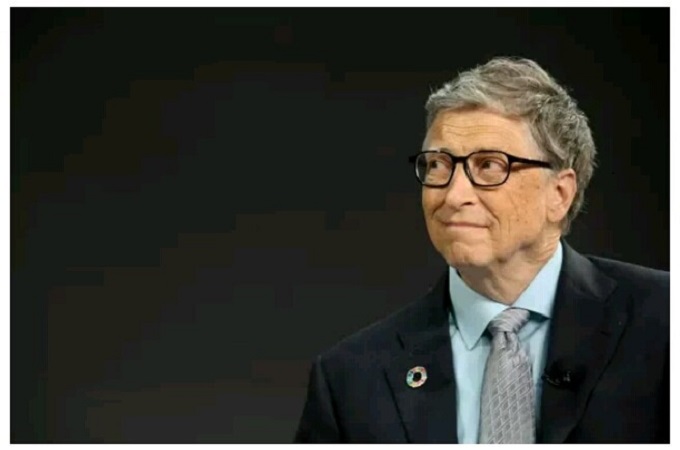 Bill Gates and Steve Jobs – although they were rivals, they were also friends. They both made a name for themselves and pretty much contributed and defined the tech industry today. So does this mean that the Microsoft co-founder is ready to use an iPhone now that he ditched his Windows phone? Could he start to use an iPhone in honor of his friend, the late Apple co-founder? Apparently not.

Unlike what people expected, Bill Gates did not ended up using iPhone but switched from Windows to Android instead. The fact that he finally decided to dump Windows phone isn’t surprising since all Windows phones are tottering towards being irrelevant. What made people surprise is that he didn’t switch to iPhone as it seems to be a fine choice for many people. But Bill Gates does not seem to share the same sentiment.

Bill Gates was recently interviewed on Fox News Sundays with Chris Wallace. According to Gates, obviously, he still uses Windows-based PCs but had decided to switch (from his Windows phone presumably) to an Android phone. Although he didn’t specify wich particular Android smart phone he is currently using. But he still stuck to his Windows ways for as his Android phone is filled with lots of Microsoft software. It is very much understandable. Microsoft even sells the new Samsung Galaxy S8 and S8+ in its stores.

You’ve got to give credit to Wallace though as he such a wily interviewer. He jumped to the fact that most people these days have two phones, so perhaps Bill Gates has a spare one as well like an iPhone, just to keep up with his competitors and their products. Here’s some snippet of their interview:

“No, no iPhone”, Bill Gates answered.

This only goes to show that the current Microsoft CEO, Satya Nadella, unlike Bill Gates, seems to have a more open-mindedness when it comes to Apple. The current CEO even made a demonstration of the Microsoft Outlook email system using an iPhone a couple of years ago. Even the Apple co-founder, Steve Wozniak does not mind crossing over. He has explained very well that he also buys and uses Android phones and even iPhones and enjoys using them to the point where he even suggested that Apple should be partners with Google.

Way back 2013, Bill Gates also insisted that his kids never even had the audacity to ask for any Apple products. And in 2015, Melinda stated that not even the Apple Watch had made it to the Gates family.

It does not take a genius to know that even iPhone X won’t sway them unlike Android did. We can’t really blame Bill Gate though – Android is definitely more than enough.