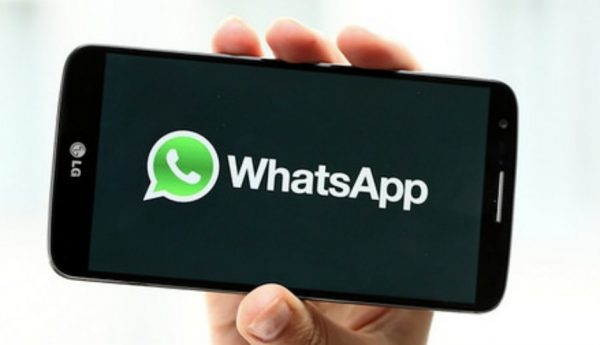 Facebook is slowly shifting from a social-media company to an ad-generating company.

It started off with the Facebook platform itself. They inserted ads on videos that can’t be skipped. But, unlike YouTube, the ads in these videos are not earnings for the uploader of the video, but for Facebook alone.

Facebook is simply saying: “You upload videos on our platform, so we own your videos. Therefore, we’ll run ads on your videos and earn from it.”

Well, it’s annoying. Sometimes a 30-second ad will play and you can do nothing but to wait for the ad to stop playing. But, that’s just the start of it. Facebook is planning to also place ads on our favorite Android messaging app.

Just in case you don’t know, WhatsApp is owned by Facebook. Millions of people around the world use the app because it’s free, very convenient, and it has rejected loading ads for the past 10 years.

Apparently, time changes -so do technology and the people behind it.

The Vice President of WhatsApp Chris Daniels confirmed that our most-beloved messaging app will soon welcome advertisements. The ads will be placed in the Status section that will most likely look like Instagram Story style.

Daniels added, “The Status section will be the primary monetization mode for the company as well as an opportunity for businesses to reach people on WhatsApp.”

Daniels, however, did not expect when will users expect ads to pop out on the app. They are still probably running a beta version and has no exact timeline yet. Facebook’s native advertising system will also allegedly serve as the backbone for ads in WhatsApp.

For now, we can still enjoy using the app ad-free.

The same movie happened to the Messenger app. A lot of users complained about the idea of having ads on Messenger. But when the ads went live, turns out it wasn’t as annoying as expected. Hopefully, we can say the same for WhatsApp.

WhatsApp has been ignoring companies who want to run ads on the app for a decade. All thanks to WhatsApp co-founder Brian Acton.

Acton is uncomfortable with running ads. However, his departure in November 2017 also means that changes are expected, and alas, they have.

Acton, before leaving, said in an interview with Forbes, “I sold my users’ privacy to a larger benefit. I made a choice and a compromise. I live with that every day.” Referring to selling WhatsApp to Facebook for $19 billion.

He also added that the Facebook CEO Mark Zuckerberg has been planning to monetize WhatsApp. This is the main reason why Brian Acton decided to leave the app which he co-founded. He was just against the idea of having targeted ads for WhatsApp.

Having ads on WhatsApp may harm the users. Targeted ads require collecting data from users. Meaning to say, personal data has been exposed and can be leaked if compromised.

So, cross your fingers and brace yourselves. Ads on WhatsApp are expected to arrive sometime next year.