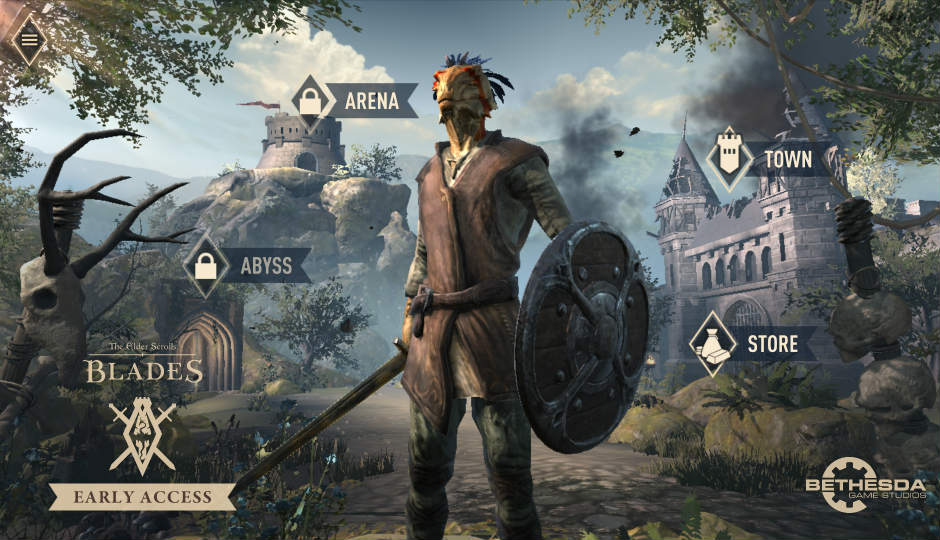 Bethesda opened early access of the highly anticipated mobile RPG Elder Scrolls: Blades to everyone over the weekend. There’s been a big expectation before the game came about since it is expected to live up Skyrim’s promise which hit a major success on console and PC.

Disclaimer: this review is based on the early access only, therefore the game is not totally polished, and any negative review is understandable. Bethesda is using this early access to work out some possible bugs and gather feedback.

First, let’s get to know Skyrim. The game is an open-world adventure, exploring tombs and caves, find Dwemer artifacts and enchanted items, fighting wildlife and monsters, and seeing weird random stuff placed all around the world – all left for you to discover.

Elder Scrolls: Skyrim also allows you to do basically anything you want to do, where you go, and kill anyone you like, which makes the game so attractive. You will still follow a storyline, and half of your playing time is spent running around the world and doing side quests, build a house, listen to random gossip, and even adopt children.

Not quite. All the Skyrim features are missing in Blades. Movement is restricted, and you cannot venture outside town since the gates are closed. Instead, they replaced it with “secret areas” in the story missions which the game explained to be plenty.

It is understandable that there are limitations placed on a mobile device that forces the world to shrink. Yet, the option feels so limited that, instead of being tempted to explore before going to the main objective, the environment is made dull that you’ll rush to the objective immediately. Plus, the quests and the environment seem repetitive that you’ll feel like you won’t miss anything interesting.

Being in town is even worse. The game allows you to rebuild houses, buildings, and become its greatest warrior. However, you can never go into these establishments you built, and you can’t even build your own house.

When encountering enemies on Skyrim, your first options would be to sneak, use cheesy alchemy, or use a bow from afar. Unfortunately, Blades literally made good use of its name. You cannot sneak attack or use bows. Once you see an enemy, all you can do is grind it with your melee weapon to move forward.

There are instances that you feel discouraged to move forward. There are enemies that heal faster than your melee weapon can damage. So, no matter how good you are with hand-to-hand combat, the best strategy is to run. Maybe stronger weapons will do. Still, it’s unfair fighting an enemy of the same level outmatch you.

Hoping for the best

To be fair, Blades is still in early access and hopefully, they’ll make some improvements around the combat, exploration, and basically the ability of creative freedom. That’s what made Skyrim so great, and Blades will do well with it. I’m sure smartphones today can handle it with all the crazy specs gaming phones have.