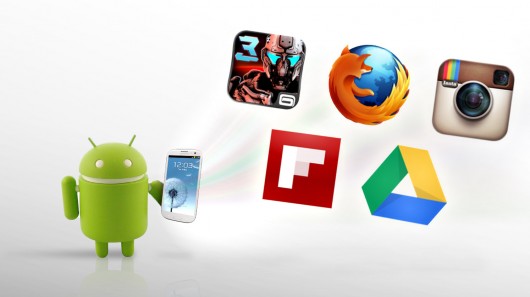 If you see those two battles as equal, then the tie breaker has to go to Google due to the number of popular apps they’ve released. Nielsen collected smartphone data between January and October 2013. This data was collected from Android and iOS users 18 years and older in the United States. It measured the number of unique downloads for different Android and iOS apps.

You can view the results of that research here: 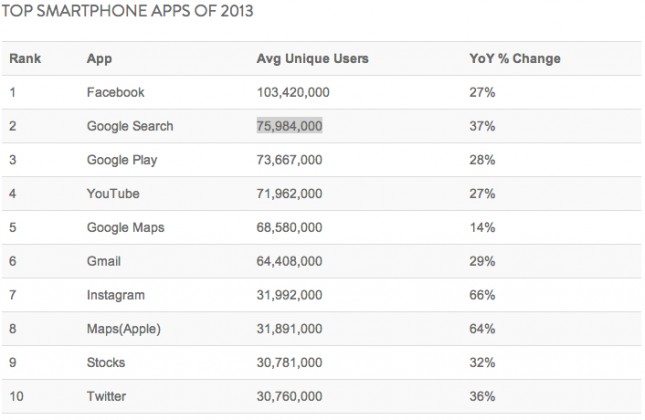 As you can see, 5 of the apps in the top 10 are created by Google, including Google Search, Google Play, YouTube, Google Maps, and Gmail (in descending orders of popularity).

Top spot is taken by the indomitable Facebook with over 100 million unique app users and a year-over-year change of 27%. After Facebook, spots 2 through 6 are taken by Google apps.

There is good news for Apple: Apple Maps has actually gained market share against Google Maps over the last year. As you can see in the above chart, Google Maps install base grew by just 14% compared to the year before, which is much different from the ~30% growth rate of the other Google apps.

Instagram and Apple Maps were the biggest winners of the year, with Instagram growing its install base by 64% and Apple Maps increasing by 64%. So the mapping app that was once the laughing stock of the tech world has actually grown into something pretty special.