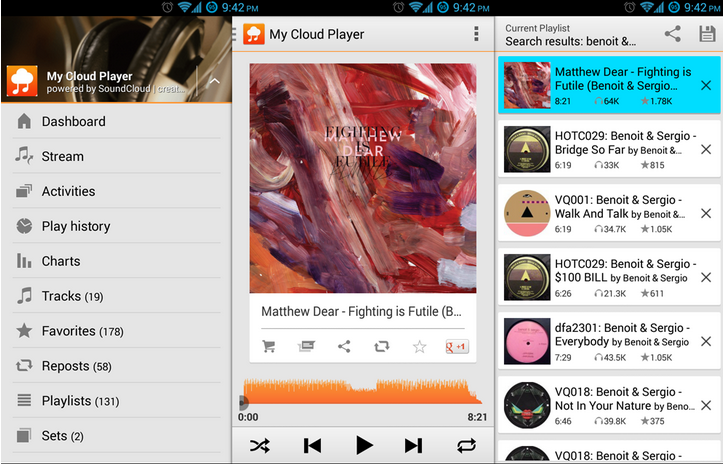 SoundCloud is one of the most popular music sharing websites out there today. SoundCloud released an Android app a while ago. That app lets users access all the major SoundCloud functions, including searching for music and discovering new music for free.

That XDA member is dcucko, who decided to release a new and improved SoundCloud app called My Cloud Player. That app offers the following features:

-Last.fm scrobbling (every song you listen to is added to your music profile)

-Light and dark themes available, both of which look pretty good

Along with all the features listed above, My Cloud Player offers the same functionality as the original SoundCloud app, including the ability to search for tracks, sets, users, and groups.