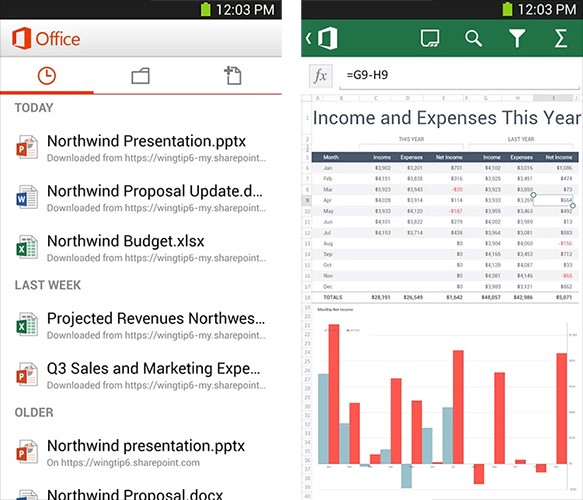 Millions of Android users do real work on their smartphones and tablets. That’s right: there are some people out there who don’t just browse the Twitter and Reddit apps – they create income reports and write press releases and do other important things.

With Office for Android, you can edit files and create new Word and Excel files pretty easily. PowerPoint is supported, although you can’t create new PowerPoint files – just edit existing files and view them. Unfortunately, there’s absolutely no free version of the app – even if you just want to view files.

As far as editing goes, you can’t do much more than change basic formatting and add comments. It’s also only available on Android smartphones – Microsoft wants users to use Office Web Apps for their Android tablets instead.

It’s far from perfect – or cheap – and it will probably only appeal to corporate Android users who are out of the office a lot. But finally, we’ve got some way to edit Office documents using Android smartphones.