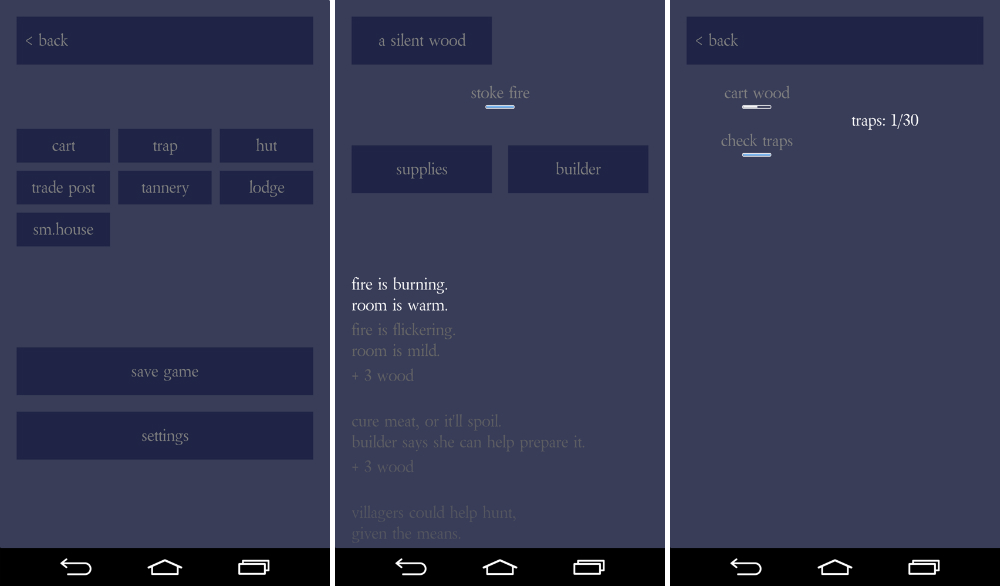 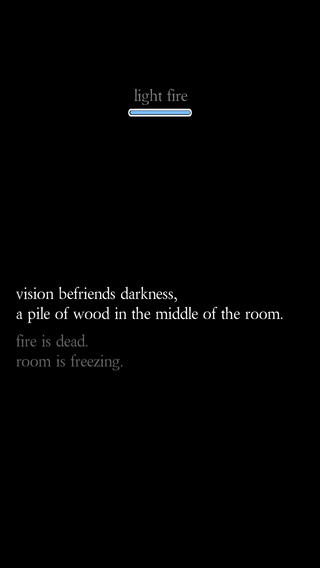 But a few decades ago, RPGs had none of those things.

Nevertheless, RPGs still managed to attract thousands of fans. Text-based RPGs arrived on PCs in the 1980s and remained popular even as graphic-based games rose to prominence.

A new Android RPG called A Silent Wood wants to hearken back to a time when we didn’t have fancy graphics or multimillion dollar game engines.

A Silent Wood is a minimalistic text-based RPG that features no graphics or images: just white words against a black backdrop with a creepy soundtrack playing in the background.

Instead of displaying the world for you, A Silent Wood encourages your imagination to go to work.

The game starts with players in a silent, dark room. Players fetch and light up lumber and walk out into a silent wood to unveil the mysteries.

Players interact with the game by tapping buttons around the screen. You can perform many of the same RPG-like functions as you normally would with other games, but the visuals take place entirely in your imagination.

The game costs $0.99 to buy. It’s worth a try even if you’ve never tried a text-based RPG before. Hey, at the very least, you can game without draining a lot of battery life.