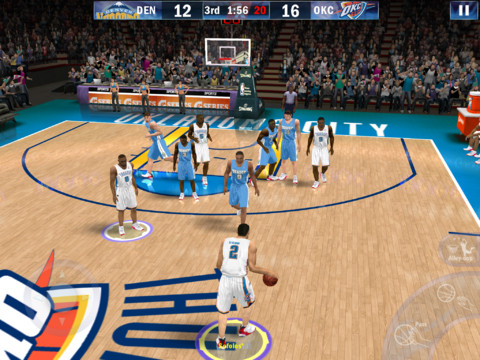 Early reviews indicate that NBA 2K13 for Android is good – as long as you don’t expect much from it. Features are limited and the game is best described as ‘barebones’ when compared to the console version of NBA 2K13.

The Android version has several different play modes available, including Quick Game, Practice mode, and Multiseason. There’s even a Greatest Games option that lets you live out some of the best moments in NBA history. Instead of just living out these moments, players will have to complete the challenge the way it went down in-game. So, if you want to re-create Michael Jordan’s 63-point performance against the Celtics from the 1986 playoffs, then you better bring your A-game. At release, NBA 2K13 features five different challenges for players to complete. 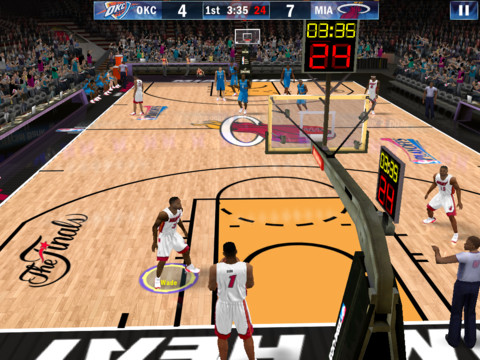 As far as gameplay goes, NBA 2K13 is average. Players can’t perform moves like a crossover dribble, a spin, or a behind the back pass. Instead, only basic commands – like block, steal, pass, shoot, and alley-oop, are available.

NBA 2K13 has also been dumbed down for mobile devices, which means players should find it significantly less difficult than the console version. The control scheme is innovative, and it features a virtual analog stick on the left with virtual buttons on the right – similar to the console gamepad setup.

Ultimately, if you’re craving some NBA action on your smartphone or tablet, then NBA 2K13 will satisfy that craving. However, for veterans of the NBA 2K franchise, it will most likely leave you wanting to go home and play on your console.

Now, just make sure you’re connected to Wi-Fi before you start downloading the 1.09GB behemoth.

Read a full review of NBA 2K13 for Android at Modojo.com