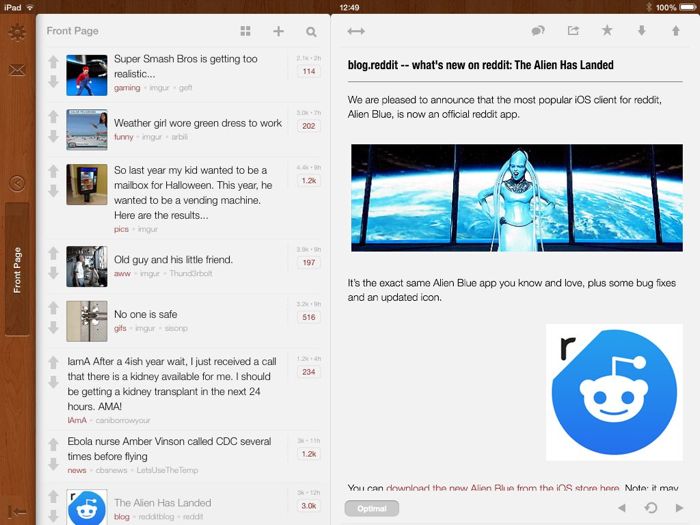 Reddit has been one of the internet’s most popular websites for several years. It’s frequently in the top 50 most-visited sites on Alexa (when I just checked right now, it was number 37).

In spite of those accomplishments, Reddit has never had an official app. That is, until now.

Earlier this month, Reddit acquired Alien Blue, which was one of the most popular unofficial Reddit apps out there.

Immediately after acquiring the app, Reddit turned around and launched it as an official app.

Alien Blue was launched on iOS and that’s where it’s staying until the near future. Alien Blue was managed by a single developer who already felt overworked from maintaining the app on iOS. His skills were in Objective-C and not Java.

That developer didn’t have time to develop a whole new version of the app. Now that the app has been acquired by Reddit, things may change. Reddit recently hired an Android app developer whose sole job is to launch Alien Blue on the Play Store. So when that happens, you’ll be the first to find out. 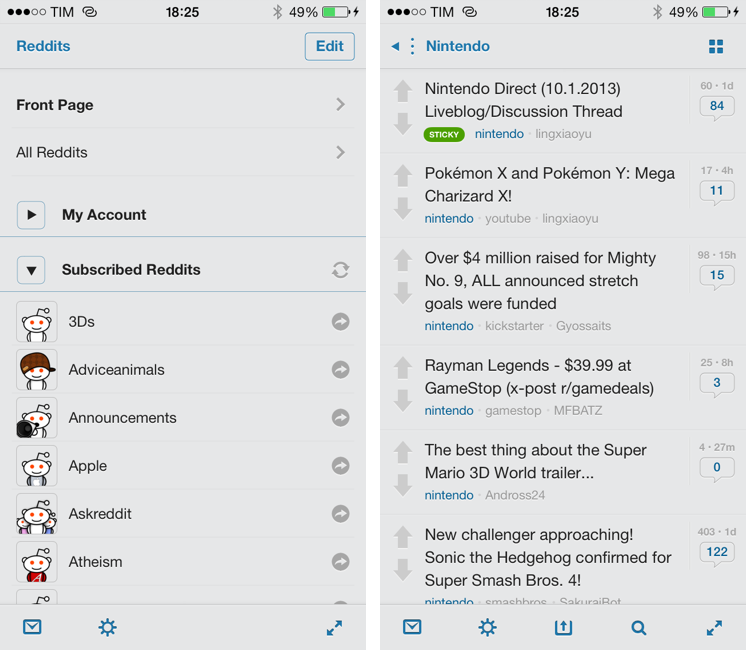 If you absolutely must have an official Reddit app on your Android device, then you can install the Ask Me Anything app, which lets you browse through the latest celebrity interviews and ask creepy personal questions to famous people.

If you’re looking for a good Android alternative to Alien Blue, then here are the most popular Reddit apps for Android:

Those are the three most popular Reddit apps for Android – at least at the moment.

When will Alien Blue be released for Android?

Over the past three months, Reddit has added a whopping 60 million users. Reddit also recently raised over $50 million in financing – including a chunk of change from Snoop Dogg, who is arguably the most famous Redditor.

All that money is going somewhere: as mentioned above, Reddit recently hired an Android app developer, and that developer is presumably working night and day to release Alien Blue onto the Google Play Store.

All of this happened in the middle of October 2014. How long does it take to port an entire app to Android? I estimate we’ll have an Android version of Alien Blue before this Christmas.