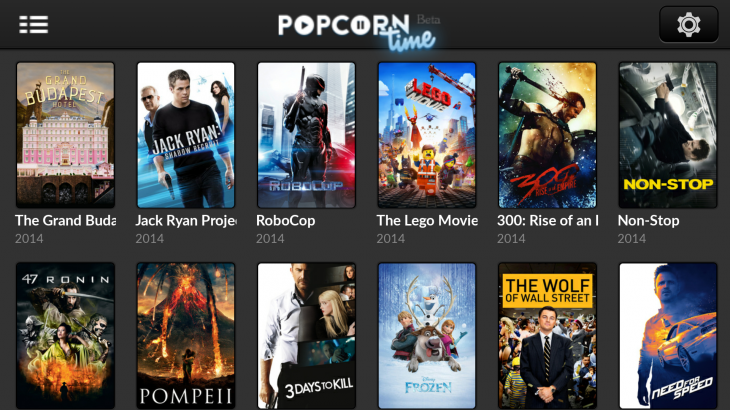 Have you ever spent 10 minutes browsing through Netflix looking for something vaguely interesting?

Have you ever wondered why Netflix doesn’t have every movie or TV show ever?

If so, then you should check out Popcorn Time. Popcorn Time, which is found online here, is the bad boy of video streaming. It’s a cross platform service with software available for Windows, Android, Mac OSX, and Linux. It’s not, however, available on the iPhone.

The secret behind Popcorn Time is its ability to stream torrented movies before they’re fully downloaded. Popcorn Time downloads the first few minutes of the movie before torrenting the rest as you watch. 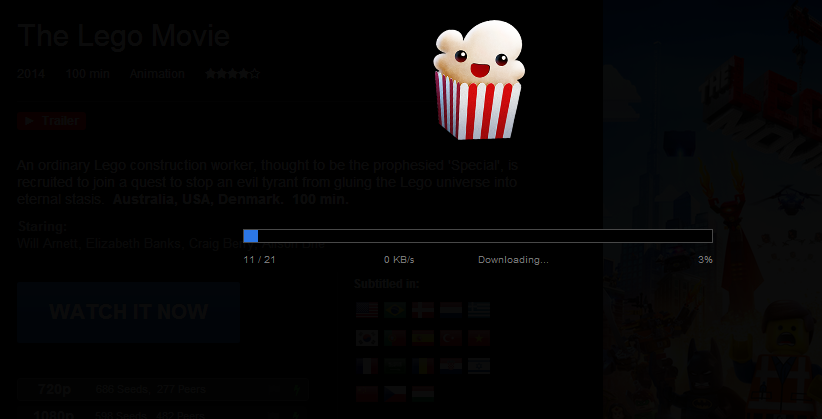 Right now, Popcorn Time is in a “grey area” of the law. Its legality is questionable, but it’s been around for several months now and has survived multiple attempts to be shut down.

At the Popcorn Time website, the top header says “This Popcorn Time service will never be taken down. Download and enjoy.”

Below, the website also promises to protect its users with a free built-in VPN, which anonymizes your torrent traffic and prevents someone from peeking in on your connection.

There’s an amazing array of movies available on Popcorn Time. Most movies are available in multiple formats, including 720p, 1080p, and standard definition. You can also easily add subtitles.

In many cases, Popcorn Time has movies available before they’re officially released on DVD or Blu-Ray. 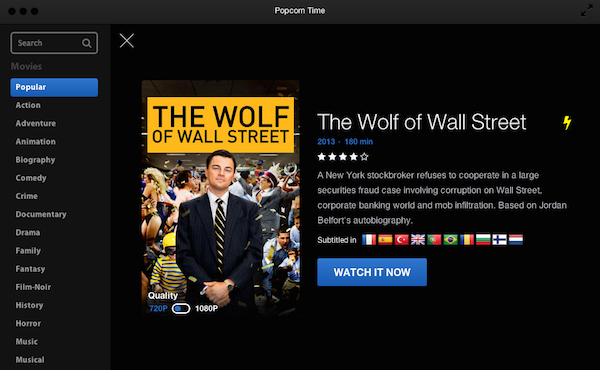 Along with all the awesome features listed above, Popcorn Time recently added Chromecast support to both its Windows software and Android app.

Using Chromecast with Popcorn Time is ridiculously easy. Just open your Windows app or Android app and stream it to your TV over the in-app menu. Using this method, you can wirelessly stream HD movies to your TV from your PC or Android smartphone/tablet.

Those who want a more legal approach to video streaming can also do so over Chromecast, as Netflix is available for the device.

Anyways, it’s clear to see that Popcorn Time is Hollywood’s worst enemy at the moment. There have been a bajillion other online video streaming services which have promised to stick around long-term, only to disappear without a trace. We’ll see if Popcorn Time is the real deal.