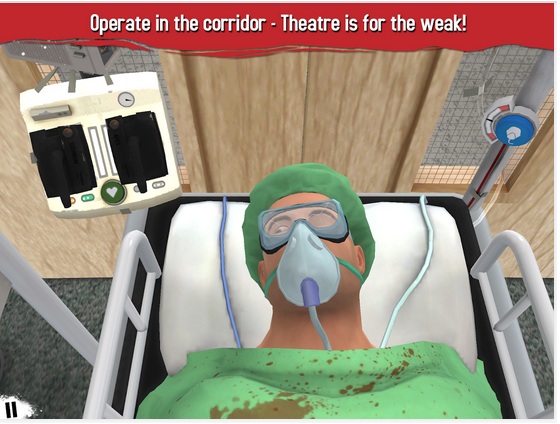 Surgeon Simulator was released for PC last year to much acclaim.

Finally, you can play Surgeon Simulator on Android. The game was recently released onto the Google Play Store for a price of $5.99.

Unlike most simulator games, Surgeon Simulator doesn’t actually simulate real surgery. You can perform a brain transplant simply by whacking away skull fragments using a hammer and then messily slapping a brain into the skull.

You can perform a heart transplant by using a buzzsaw to cut apart the ribs, tear out the organs inside, and then plop in a heart. 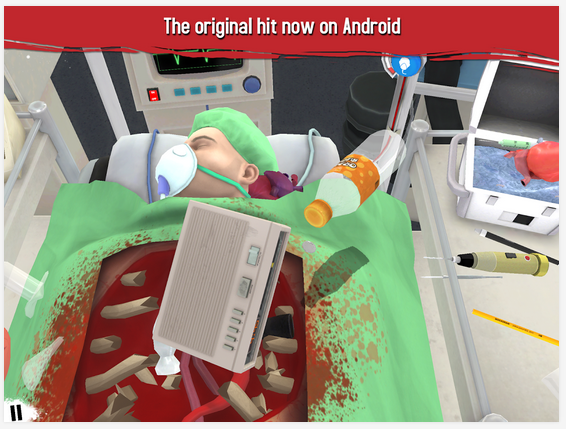 In Surgeon Simulator for Android, you get to perform similar operations. The game’s official description says:

“You are the surgeon. Bob is the victim. Do your worst! Take care of the world’s unluckiest patient, Bob, with your very own shaky hands. As the would-be surgeon Nigel Burke, perform all kinds of surgeries to try to save his life – or faiol hilariously in the process while poor Bob…Well, dies.”

It’s ridiculous and entertaining and in no way a real medical simulator. The best way to understand this game is to turn to YouTube.

One of the best things to come out of Surgeon Simulator 2013 was this “Let’s Play” video from Rooster Teeth:

In fact, Surgeon Simulator was made famous by its YouTube videos. PewDiePie, Rooster Teeth, and Robbaz all released popular videos showcasing the game in all its glory.

Android users get a few unique features, including:

-A new operating theatre: operate on Bob while he’s lying on a moving trolley in the hospital corridors