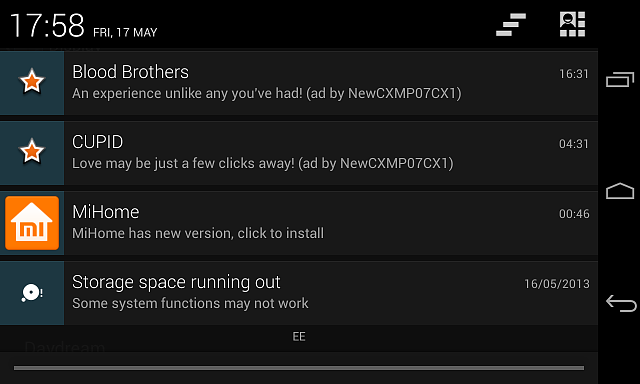 There are lots of good free games available on the Google Play Store. Unfortunately, a lot of those games come with a catch: they deliver a nonstop series of annoying advertisements to your notifications bar.

There are few things more frustrating than opening up your phone thinking that it’s a text, only to realize that it’s just a message from Subway Surfers and that you’re still terribly alone.

Well, Android users, our pain is finally over: Google recently changed its Play Store policies and will no longer allow apps to:

App developers will likely be upset by these changes, as the industry was estimated to generate hundreds of millions of dollars of additional app revenue for developers. In fact, Airpush, which was one of the worst offenders, was reportedly able to earn $150 million for its publishers through these annoying notification bar advertisements.

Now, this rule change doesn’t mean that all bad apps will instantly be removed from the Google Play Store. Instead, it means that users will now be able to report violators and have them legitimately removed from the Store. If you are currently using an app that still does this, take the time to send a report to Google.