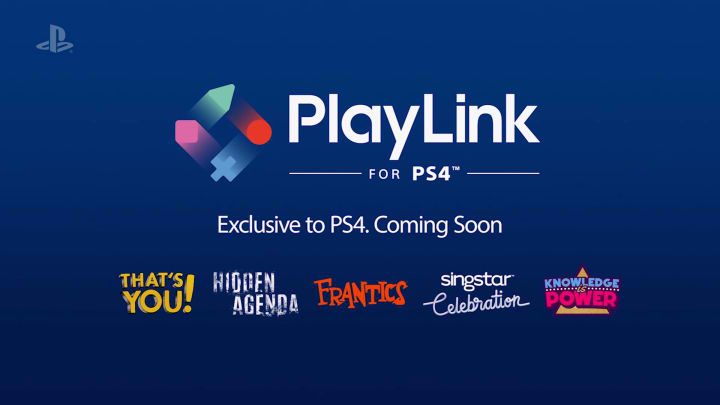 Social Gaming on your  iOS and Android Smartphone

Sony as one of the top ranked mobile brands, it’s not surprising that Sony leaps higher to keep up the game in the highly competitive tech market. Recently, Sony has announced its latest smartphone-controlled games basically designed for family entertainment- that includes those who aren’t much into games.

PlayLink is basically a series of PS4 games that can be played through smartphones for a more social experience. These games are basically played on the PS4 console, however players can control certain aspects of the game through the iOS and Android smartphones rather than the DualShock controller.

The general concept is similar to the JackBox Party games that primarily allowing several players to connect to  their smartphones and play short but addictive party games all at once. The five titles are announced as part of PlayLink namely: That’s You, SingStar Celebration, Knowledge is Power, Frantics and a detective game called Hidden Agenda.

Down to the show floor, the Hidden Agenda is played by three players that serves a cop investigating a missing person. The demo started by offering mere choices of how to continue with the mission which each player would vote via their phones.

However, mysteriously, one of the players is shown a “hidden agenda” on the other players’ phone screens. Basically, players were trying to influence the game story in a certain direction without the knowledge of the rest of the group. Certainly, as the name of this game suggests, it’s a game with all the feels of potential sabotage and betrayal.

Next in line is Frantics. It is a game where tilting your phone is a much needed action to control a character. Though it may seem fun and handy, to some, the control scheme may seem not suited for smartphone controller  and using a standard PS4 controller is much preferred.

Then there’s the Knowledge is Power. Among the lineup, this game is particularly strong compared to the rest. Initially, this game may look simply and a typical quiz game where everyone merely picks between four possible answers provided to each question. But there’s a twist, after the player finish each round, the player gains abilities to disrupt the opponents.

Lastly, there’s That’s You! Similar to the Knowledge is Power, it’s also a quiz game where subjective questions are asked to the players for each other. But, unlike the Knowledge is Power, in That’s You! points are gained by guessing the same answer as everyone else and not by the correct answer to the question. This game is definitely fun for friends to play with since it raises absolutely random and weird questions.

PlayLink is definitely an interesting mobile approach that give the PlayStation another fun-filled facet. It’s something that Nintendo should have taken into consideration rather than solely depending on the IP-driven standalone titles.

Currently, there are many games have utilized the usage of phone screens allowing the players to enjoy the comfort of their own smartphones and promoting more enjoyable social experience.