This past week, Apple found out the hard way that the grass is always greener on the other side. After ditching Google Maps for a faulty, problematic Apple Maps app, Apple realized just how difficult it was to design a powerful mapping application like Google Maps.

But most Google Maps users aren’t even using the app to its full potential. Writer JR Raphael took a look at some of the best hidden features of Google Maps for Android. Here is what he discovered in his ComputerWorld.com article. 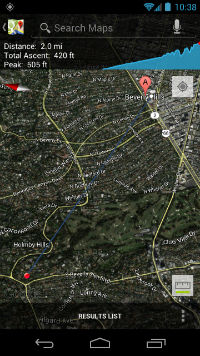 If you’ve ever wanted to know the exact distance between two locations on a map, then you can do that thanks to the ‘Measure’ tool. ‘Measure’ allows you to drag a ruler between any two points. Making the tool even more powerful is the fact that it integrates elevation. To access Measure, go to your Android Maps app and tap the on-screen menu button. Then select ‘Settings’ and ‘Labs’.

This isn’t the most exciting hidden feature in Google Maps, but the Bigger Text feature will undoubtedly make the app easier for many people to use. Bigger Text, as the name suggests, enlarges the text of all locations on the map

Biking and walking point A to point B might only take you a distance of 3km, but what about elevation? With the ‘Directions Elevation’ feature, users can see exactly how much elevation they will climb (and descend) when traveling a specific route. This is ideal for bicyclists and walkers who don’t want to get surprised by a sudden hill when they’re halfway to their destination. 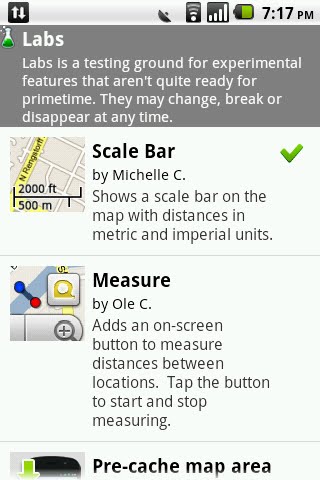 All of these settings can be accessed by opening Google Maps, tapping the on-screen Maps menu button, then by navigating to Settings, then choosing Labs.