WhatsApp delete or unsent feature was a rumor from nearly one year but the company was trying to come up with the confirmation of such rumor. And now, the fans of WhatsApp will be pleased to find out that the new feature of WhatsApp which is not yet official, but it has started trickling within the phones of some WhatsApp users. 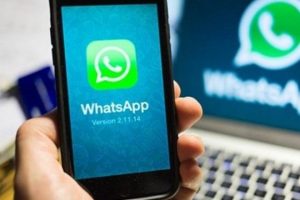 been confirmed that the feature with the name ‘Delete for Everyone’ has actually landed within the phones of users of Android, Windows Phone and iPhone applications. It is only working if the senders as well as the recipients have already installed the latest WhatsApp version. This version is also working on the WhatsApp Web Version in order to facilitate the users.

How to use the ‘Delete for Everyone’ Feature?

The new feature of WhatsApp was among one of the highly requested feature and it has made things easy and simple for all the WhatsApp users. It has been announced that the new feature ‘Delete for Everyone’ have been noticed within some users phone after the up-gradation of the WhatsApp after pressing the trash icon.

Along with the Delete for Everyone feature, the users are also looking at the Delete for Me option as well if they want to delete the same message from their own phone too. It seems like the roll out is little slow and thus, it is going to take some more time. But as mentioned, the feature is going to work for both parties as if the recipient as well as the sender has the latest version of the WhatsApp.

The new feature works for every type of message on the WhatsApp and it is going to work on every format of message whether you have sent a text, video, image, voice message, GIFs, files, contact, quoted message, location or the status replies over the WhatsApp.

The new feature has come up with some limitation as it only offers you the working in the 7 minutes after sending the message. After the ending of 7 minutes completely, the sent message will never be able to be deleted and you will see the delete message replacement with ‘This message is deleted for everyone’.

On the basis of the initial reports, the message which is sent is going to be deleted from chat page along with the notification bar. So, the ones who are unaware, this new recall feature is actually available within other famous chat applications such as Viber, Telegram and many others, but now WhatsApp has finally made it available to the billions of users who are active daily.

It has been noted that the WhatsApp at this time has not recalled a message which carries the quoted message. The messages cannot be deleted for everyone if sent within the broadcast list. It also includes that the message is not going to be deleted over Symbian application and thus the users will have to continue to check out the recalled message. It has been also added by the site that within the current implementation, the WhatsApp is not going to notify its users that message is deleted.