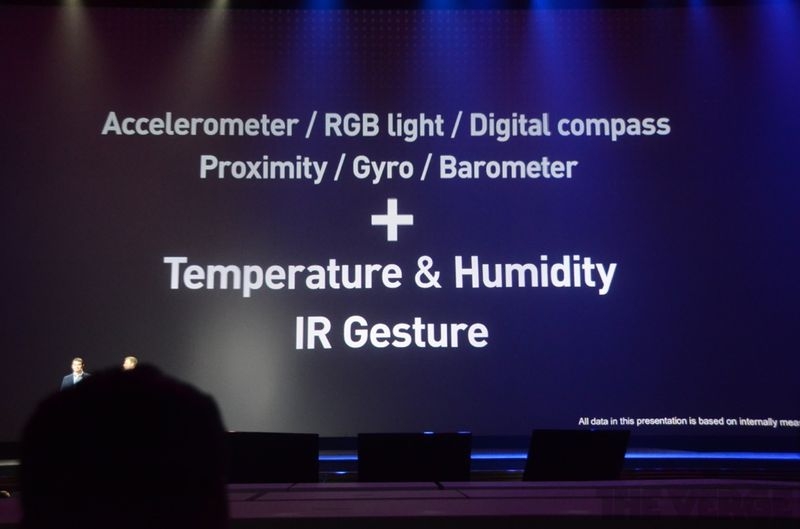 Samsung surprised the tech world when it announced that the Galaxy S4 would feature both temperature and humidity sensors.

So why, exactly, does the Samsung Galaxy S4 have temperature and humidity sensors?

Samsung GS4 isn’t the first device to have these sensors

The GS4’s sensors may seem like a giant leap forward. But the first temperature and humidity sensors were seen on a niche Lenovo smartphone in 2009. Next, a phone called the F-01C made by Docomo was released in Japan in 2010. In both cases, the temperature sensors were made by Sensirion, which was testing the market for a potential Android release of environmental sensors.

Sensirion pushed Google to include the coding for environmental sensors in upcoming Android versions, although the Swiss company eventually had to write the sensor code itself to add the system to Android. Today, thanks to the efforts of Sensirion, Android users around the world will never have to guess what the temperature and humidity is again.

Why these sensors are useful

-You can instantly view weather conditions where you’re standing, not where the nearest weather station is

-You can check how dry or humid your house is and decide if you need to moisturize or buy a humidifier?

How to access the temperature and humidity sensors on your GS4

If you own a GS4, then you may be wondering how to get information from these sensors. Well, that’s up to app developers. And so far, it seems like WeatherSignal is the only major app that supports the humidity and temperature sensors on the GS4. You can download that app for free here.

WeatherSignal even works on other Android systems as well, although it’s most useful on the GS4.