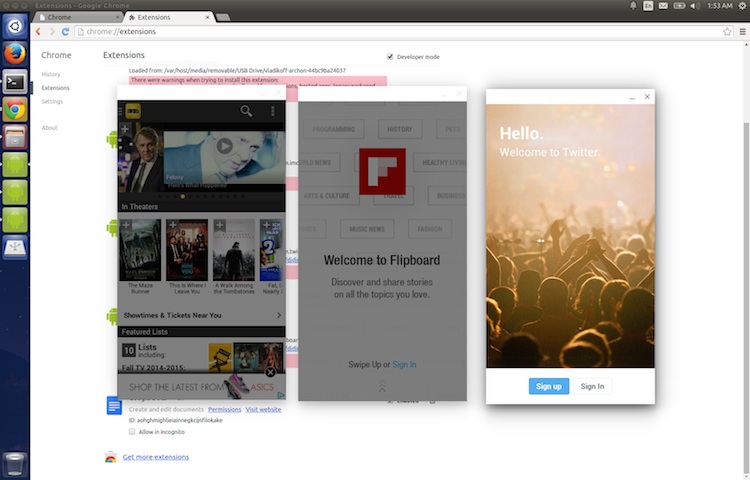 I have some very exciting news to share with you today: Chrome can now run Android apps.

Yes, that’s right: whether you’re using Chrome on Windows, Mac, or Linux, you can now run sideloaded Android apps just like you would on an Android tablet or smartphone.

Now here’s the catch: this isn’t an official update from Google. Google is still actively developing its Chrome Web Store to include a select few Android apps.

The community, however, is not waiting. All you need to do is install something called the ARChon Custom Runtime. This is a customized version of the Android runtime extension and it supports both desktop Chrome and Chrome OS – making it an excellent solution for anyone who has a Chromebook or a Surface tablet with limited Windows apps.

You can read through the instructions here. The platform’s creator, Vlad Filippov, warns users that it may be unstable on computers which are not running Chrome OS.

Once you get ARChon up and running, you can interact with a ChromeAPKs community here. They’re actively testing different Android APKs to see if they’re working on Chrome.

Additionally, since this platform replaces the official Chrome extension, you may need to reinstall Chrome if you encounter troubles.

This platform isn’t perfect, but it’s a step in the right direction. With a little more tweaking and an easier install process, this could change the way people use their Surface tablets, their Chromebooks, and even their Macbook laptops.