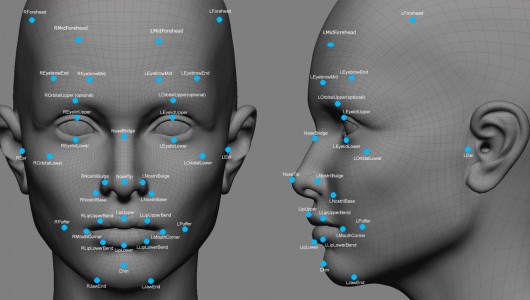 And apparently, Google has decided to ban facial recognition apps to preemptively avoid any privacy complaints. After all, walking around with a high-powered camera device on your face at all times of the day was bound to unsettle a few people.

Well, Google’s ban on facial recognition apps should put some of those complaints to rest. Here’s the company’s official statement on the matter: 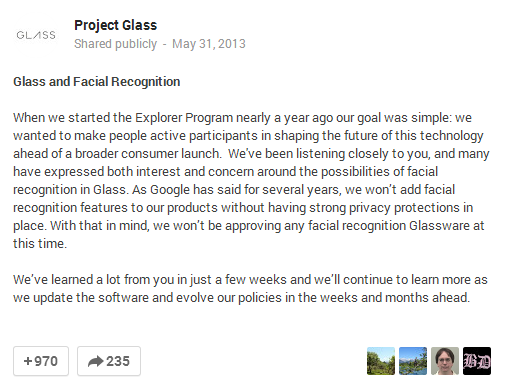 Not to mention the fact that having a facial recognition app on our faces at all times would basically remove the need for our brains to ever function. Why remember what your girlfriend’s face looks like if that face is stored in your Google Glass?

Anyways, don’t expect to be downloading any facial recognition apps onto your Google Glass in the near future – unless, of course, you decide to root it.