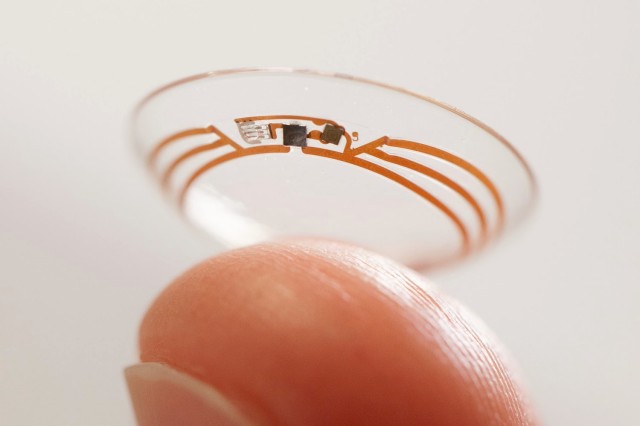 Google Glass is a cool concept. Unfortunately, most people will never own Google Glass.

Unless you live in San Francisco, walking around with a pair of Star Trek-like glasses on is a little bizarre. Meanwhile, some people don’t like having their phone’s information in their face all day.

But a new project from Google could be the start of a revolution: wearable high-tech contact lenses. Google recently announced via a blog post that it was developing contact lenses that have special sensors and chips built-in.

That’s disappointing news for everyone who was hoping for Google Glass-style contacts, but it’s awesome news for diabetics who are sick of sticking a needle in their tummies or fingers several times per day.

Instead of pricking their fingers multiple times per day, diabetics will be able to simply wear these contact lenses, which work by testing tears in the eyes.

I know these contacts are for medical use with diabetics, but if Google is able to put a chip in the eyes of diabetics to measure blood glucose, how much harder would it be to add Google Glass-like functionality?

Google is currently talking to the FDA about bringing the contacts to market. No word yet on when these contact lenses would appear.