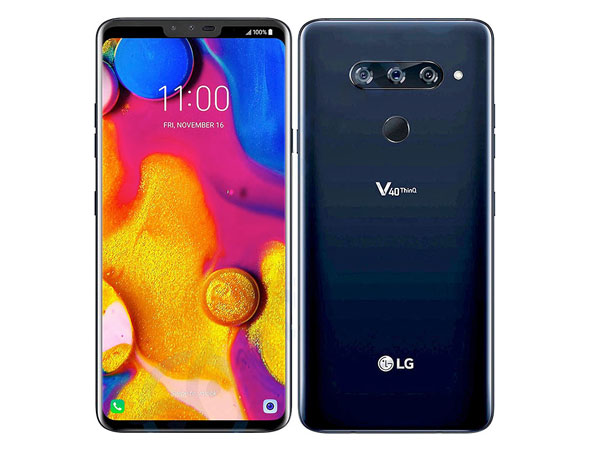 It looks like LG is really committed to its “ThingQ” rebranding despite the on-going criticism.

Luckily, LG was able to release awesome phones that silenced many critics. The company already released two phones this year carrying the new series’ mark such as the LG G7 and two other V-series. To end the year with fireworks, LG is planning to release the fourth flagship called the LG V40 ThinQ.

Surprised? Not really. Even before the LG G7 was made available to public LG has already been leaking information about the upcoming V40. We’re just here to put them all in one place.

LG usually end the year by releasing a smartphone during the IFA, specifically the V-series flagship. This year though, the company decided to skip the IFA and chose to compete with the biggest brands.

We will be seeing the V40 along with the launch of the upcoming iPhone and Google Pixel 3. This means the new LG phone will be available around the first week of October depending on which country it will first launch. The Google Pixel 3 will be released on October 9, and LG usually competes with these brands by launching their own phones first.

This is just a rough prediction though. LG has not officially announced it yet even though it’s the last days of September.

The specs for the new LG phone are almost similar to its other 2018 flagships. It comes with a Qualcomm Snapdragon 845 chipset, 6GB of RAM, 3,300 mAh battery, and up to 128GB of storage.

Just like the G7, the V40 is also invested in its media functionality. We won’t be seeing the same powerful boom box as the G7 have, but it will still have a decent Hi-Fi Quad DAC and a 3.5mm headphone jack.

There have been several renders leaked and we don’t know for sure which one is legit.

There is one thing in common to these designs. It appears to be mash-up of the G7 and V35. The only difference between these leaked photos is the triple-camera alignment at the back. The photos also show a fingerprint scanner below the rear camera. Also, the handset’s display will most likely include a notch.

This year’s pricing was somehow close with regards to the V-series lineup. The V30 launched at $930 while the $900. As much as we’d like to assume that the pricing for the V40 will play around the same amounts, it may come even higher due to its more premium specs and five cameras.

We don’t really mind LG increasing the price as long as it delivers. For the meantime, let’s be grateful to LG for bringing back the headphone jack and giving us five cameras.