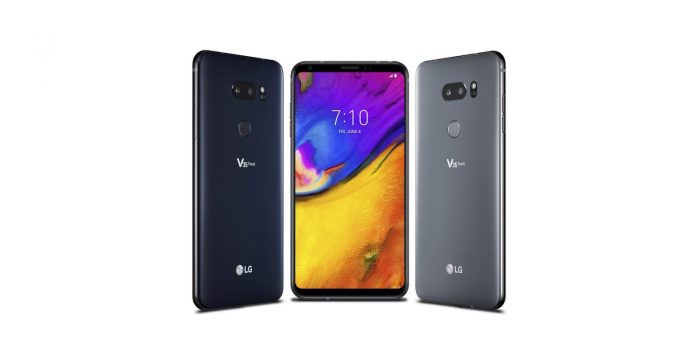 And here we are on the official review of the LG V40 ThinQ. Turns out that the information previously leaked is not 100% accurate. There are tons of G7 features that was passed on to the V40. In fact, it’s just a lot like more the G7 with more cameras and incredibly expensive price.

Without further ado, here’s our review of the latest LG V40.

The LG V40 ThinQ is much similar to the V30 when it comes to design. Just like the leaked photos suggest, the V40 is somehow a combination of two LG flagships namely the V30 and the G7. Now it’s clear that it has a V30 external and G7 internal.

It also has a notch, but not as big as what we have anticipated. It can be intelligently hidden when you’re on the home screen.

The leaks suggested that the V40 ThinQ may only include an average speaker but with a headphone jack. To my surprise, it does inherit the amazing LG G7 Boombox speaker while not sacrificing the jack. At least that’s good news.

Samsung was the only major manufacturer who retained the headphone jack on flagship phones. Android users who take music seriously now have two options. But, what makes the V40 better is the 32-bit DAC. This high-fidelity audio brings better sounds than just about any other smartphones in the market.

The new V-series phone is a true 2018 release. It comes with a Qualcomm Snapdragon 845, 6GB of RAM and 64GB of storage. The company announced that the 64GB storage is the only available option in the US, while a 128GB version will be available in Korea.

It will be running on Android 8.1 Oreo right out of the box. We were hoping to see an Android 9.0 Pie. Google has not announced yet if the unit will be receiving the update this year.

Another disappointing news is the 3,300mAh battery. It’s ancestor V30 boasts with its great battery and we can’t quite understand why it failed to adopt the said feature. LG could’ve made it with a 4,000mAh battery at least. With only 3,300mAh battery life, we can only get four to five hours maximum on-screen time.

The LG V40 ThinQ will be available in the global market starting October 18. The price differs depending on the country. In the US, it is nearly $1,000. It’s a bit expensive knowing that it only has the same features as the G7 except for having five cameras.