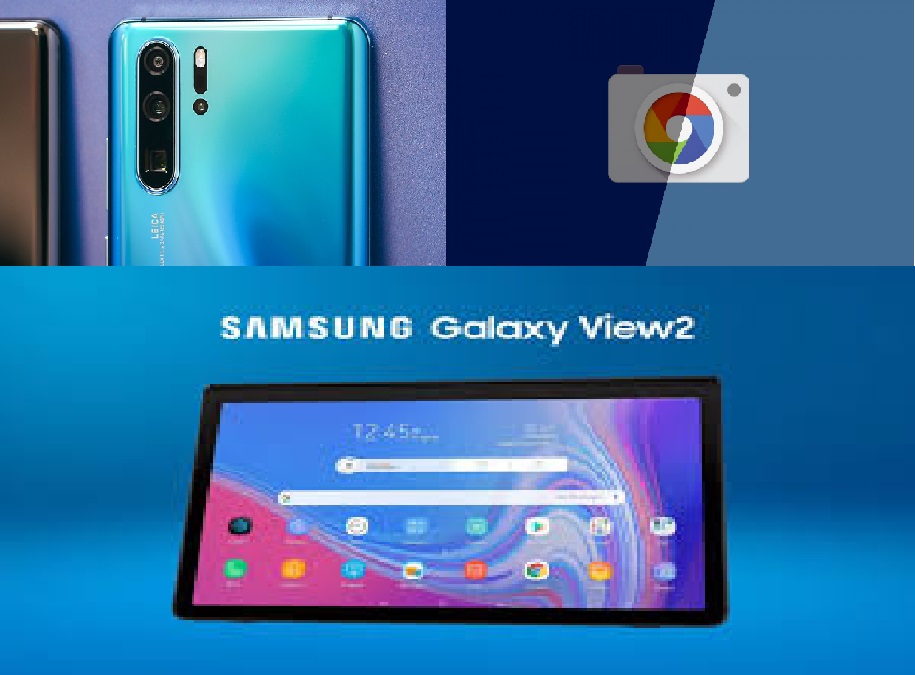 While everyone is lining up in the cinemas for the much-awaited Avengers Endgame, Android is making huge breakthroughs in the mobile industry and every Android fan is hyped about it.

Here is the latest news on Android today.

Samsung finally released the renders of the Galaxy View 2 on its YouTube channel. Its predecessor, the Samsung Galaxy View, launched in 2015 and it took the company over 3 years to work with the new version.

As expected, the Samsung Galaxy View 2 is real huge. The promotional video posted online confirms that the device has a 17.3-inch FHD display, 12,000 mAh battery, and includes a 64G built-in storage which can be extended up to 400GB via a microSD card. In short, the Galaxy View 2 is a full-packed entertainment device that you can carry anywhere.

Samsung, however, has not announced the pricing and availability information yet. These are the only information we know so far. Rumor has it that it will be running on Android 9 Pie.

Aside from allowing users to switch from one aperture to another, the Google Camera 6.2 mod also brings the following features:

Huawei P30 Pro allows users to take a photo of the moon, true or false?

The Huawei P30 Pro Moon Mode allegedly can take a close-up picture of the moon without using tripod or zoom lens. The feature works solely by using the phone’s periscope zoom lens backed up with the AI algorithm to enhance the photo details.

Huawei marketing materials show a photo of the moon claiming it was taken using the Huawei P30 Pro ‘Moon Mode.’ Users tried it and discovered something dubious. According to anecdotal research by some industrious photographers, it appears the claimed feature isn’t totally true. Their test showed that the phone isn’t just enhancing the image information, but actually replacing the pre-existing image with a built-in photo embedded in the Huawei P30 Pro. Turns out, the Huawei P30 Pro ‘Moon Mode’ is a total scam, and unethical at worst.

Huawei has been caught cheating like this before, several times for that matter. The most unforgettable controversy is when they used promotional photos claiming that it was taken by a smartphone when it was actually taken using high-grade equipment. The company was also caught fudging benchmarks for multiple devices.

So, if you look incredibly gorgeous on your selfies using a Huawei phone, you might want to think twice before praising yourself.