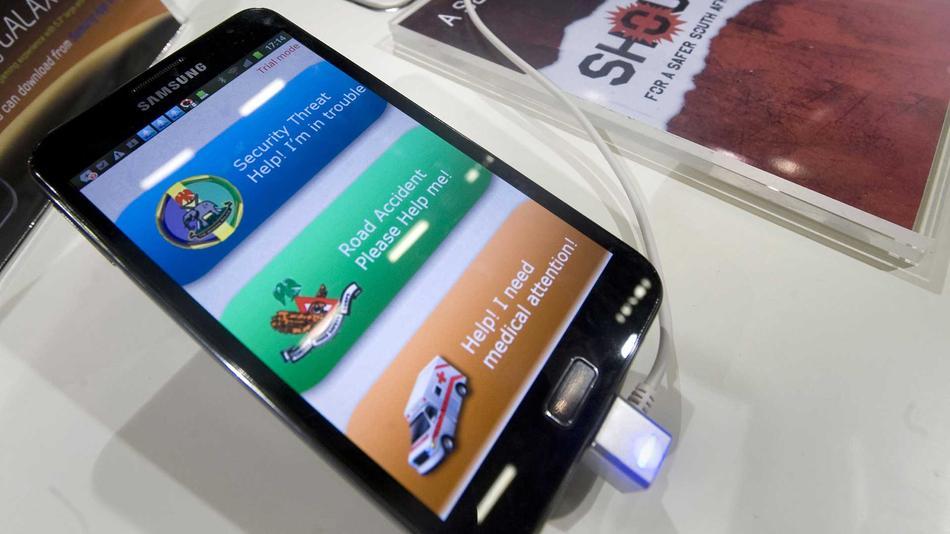 Samsung’s line of Galaxy products just got a little bigger – in more ways than one. Just this past week, Samsung announced that it would be releasing two new Galaxy devices within the next year: the Mega 5.8 and the Mega 6.3.

As the names suggest, the Mega 5.8 and 6.3 have a 5.8 inch screen and a 6.3 inch screen, respectively. However, don’t expect the Megas to pack a devastating knockout punch in terms of hardware. The Mega 5.8 features the following specs:

540×960 pixel resolution? What is this, 1996? Samsung is clearly targeting the more budget-minded consumers with the Mega. It’s the Galaxy Note for those who can’t afford a Galaxy Note. Which probably isn’t a bad thing as Samsung seeks to expand into new countries. 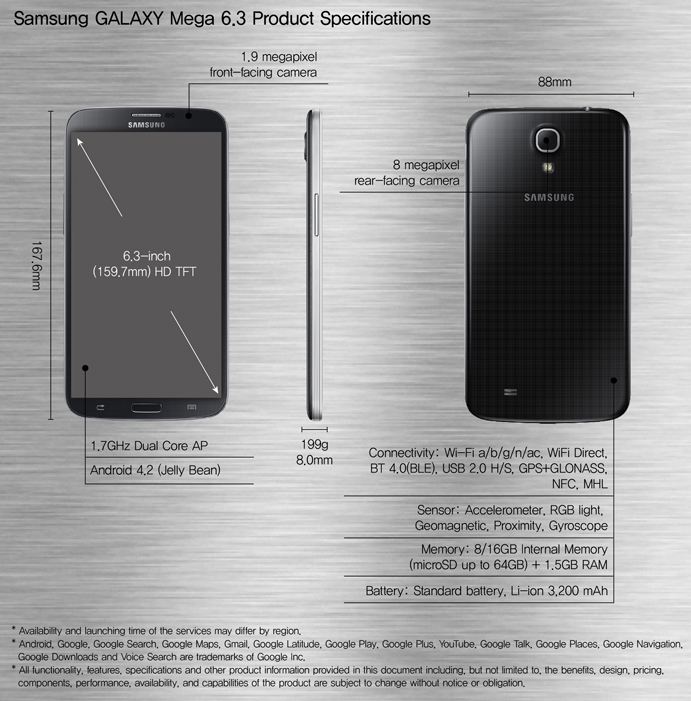 Meanwhile, the Mega 6.3 is the 5.8’s more powerful older brother. It features these specs:

Both of the Megas will feature the Android 4.2.2 operating system. The major difference between the two Megas is the 6.3’s support of 4G LTE and the new WiFi standard – 802.11ac. The Mega 5.8, on the other hand, can only connect to HSPA+ networks and WiFi networks 802.11 a/b/g/n.

Both versions of the Mega will be released in Europe in May 2013. Pricing has not yet been announced, although Android.gs is reporting the Mega 6.3 has a current preorder price of 699 Euros. That’s not Samsung’s price, so it’s likely the official price will be quite a bit smaller. After all, with the specs listed above, Samsung isn’t going to attract anybody but a budget audience.

What do you think of the Megas? Worth a buy?