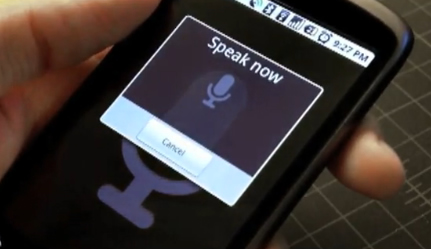 Touchscreens are all the rage these days. You won’t find too many people who will argue against touchscreens being the most important trend of the last few years, and that trend looks to continue in 2013 with a whole new range of smartphones and tablets eager to greet our fingers.

But Intel, a company that uses the slogan “Sponsors of Tomorrow” thinks that voice recognition technology will soon dethrone touchscreens from their lofty perch.

In an interview with CNET, Intel’s senior vice president said that:

“Voice is the best means of communication between humans…We finally have enough compute power to do what we want from science fiction.”

Because of its prediction about the future, Intel is working to create a wide range of products like cameras, software, and Intel-powered computers that “could overtake touch in as little as three to five years.”

Voice recognition technology is all well and good, but here are a few reasons why I think it will continue be the number two form of communication behind touchscreens:

-You can’t always speak in class, at work, or when performing other mundane daily activities

-Who wants to be ‘that guy’ yelling at his tablet on the train?

-With so many different voices, accents, dialects, etc. around the world, can any voice recognition system really be 100% accurate?

-With all our texting, online communication, and refusal to leave the house, do people today even know how to talk anymore?

Intel isn’t dumb, and they know that people won’t want to speak out loud in class or when riding on a bus. That’s why it also predicts eye tracking technology to grow in leaps and bounds over the coming years.

Because of all of these restrictions with voice recognition technology, I think a combination of voice recognition and eye tracking technology would be better suited for today’s consumer. Intel agrees with me, and a partner company actually debuted a “Where’s Waldo” game that monitored eye movements until the player finally found Waldo.

Eye tracking technology of that level of precision hasn’t been seen before. And to demonstrate the power of that technology further, another booth allowed users to pick up and drop virtual objects using their hands and eyes. 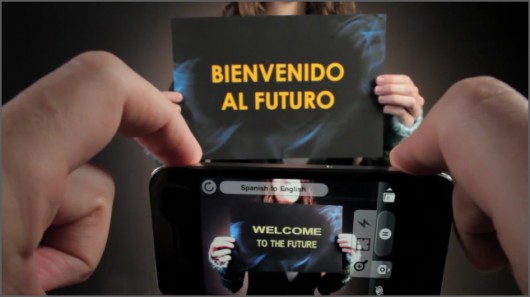 Intel’s CES mentioned all sorts of different technological advancements that could occur over the next few years. Here are a few of our favorite picks:

-Movies that adjust based on which parts of the screen the viewer is looking at. If you tend to look away from the screen when there’s too much blood, the movie might adjust to include fewer gory scenes. Will a similar thing occur if you drool open-jawed at all the sex scenes in a movie? That would be cool

Think of where we were five years ago. The iPhone was the only real touchscreen device we had. Look at where we are now, and think of where we’ll be in five years. That should get you very excited for the future of technology.