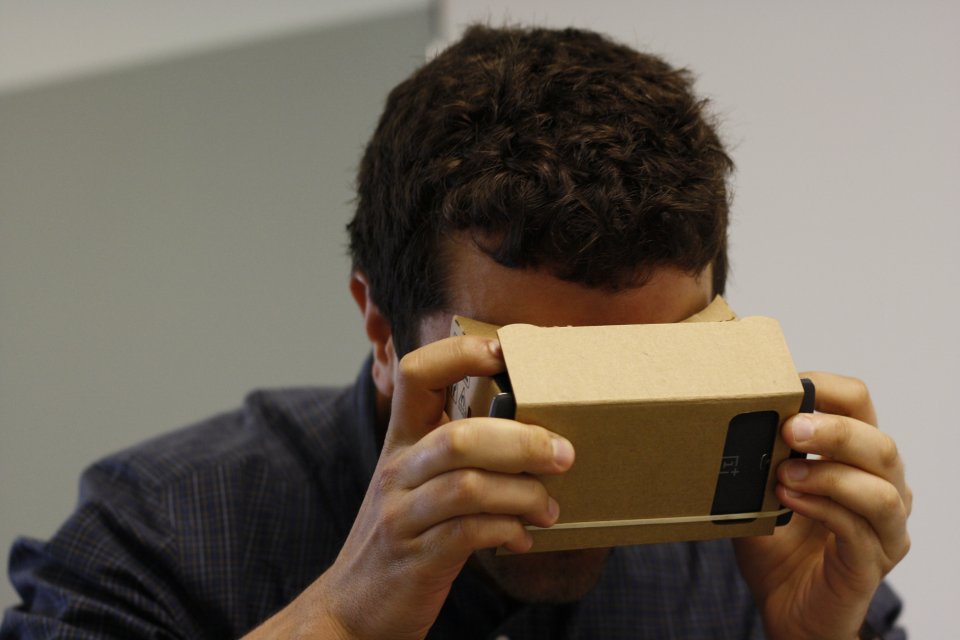 If you’ve followed any of the Google I/O 2014 coverage over the past few days, then you’ve probably wondered why people are freaking out over a piece of cardboard.

Wasn’t April Fool’s Day a few months ago? Aren’t these people professionals? Who cares about a stupid piece of cardboard?

Well, before you get all judgy, let’s take a look at this magical piece of cardboard.

Attendees at the Google I/O 2014 conference received a piece of cardboard that can turn your Android handset into a virtual reality headset – seriously.

The cardboard takes approximately 45 seconds to assemble. Once you’ve assembled it, you simply slide your Android phone into a cardboard viewfinder, then hold it up to your face.

The cardboard has two lenses which duplicate your screen to provide a virtual 3D effect.

Just like magic, you now have a virtual reality headset. You can walk around the Android world at resolutions similar to those offered by the first version of the Oculus Rift.

The cardboard device is causing a stir across the country – mainly because virtual reality kits have never been more accessible. You can make your own at home!

Google also includes an app that makes it easy to use your new cardboard toy. The app lets you fly over landmarks in Google Earth and experience virtual reality through YouTube videos. You can travel through photo spheres and experience a Pixar-like world of animation.

Along the way, you control your adventure using a small washer/clicker on the side of the device. This washer/clicker works in an innovative way: it slightly disrupts the magnetic field around your device every time it’s clicked. This disruption tells your phone to move to the next adventure. 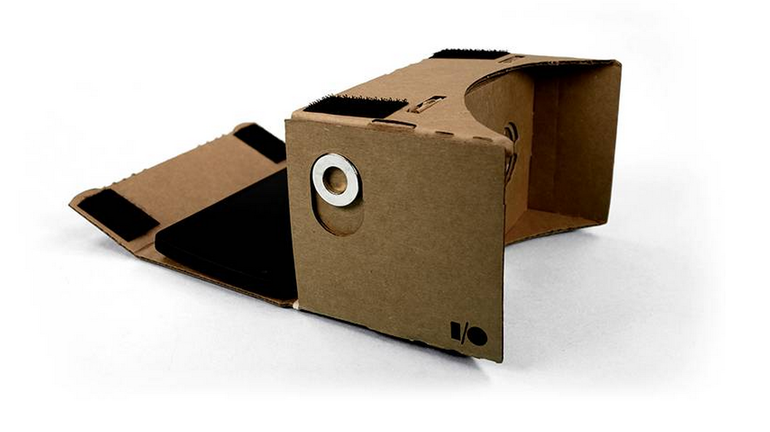 Why is everybody talking about Google Cardboard? Because it’s awesome. You can make your own Google Cardboard device at home – although it will lack the NFC chips and magnetometers used in Google’s version.

If you want all that fancy tech, however, then you’ll be able to find it on Dodocase, where somebody released a DIY kit of Google Cardboard less than 24 hours after the project was released at I/O 2014.

You can install the latest version of Google Cardboard app here: https://developers.google.com/cardboard/

Obviously, the apps just going to look silly if you don’t have the cardboard attachment.