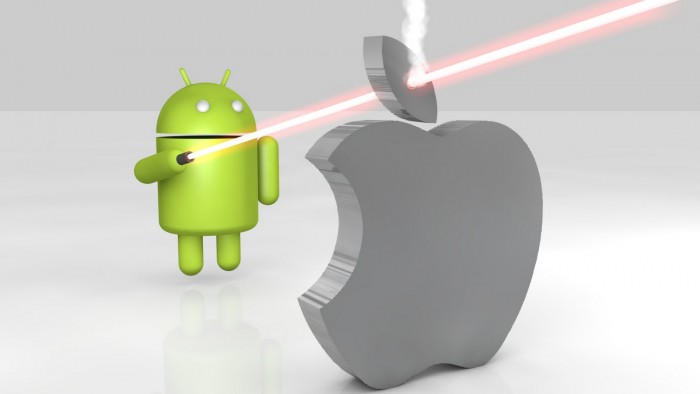 It is clear that Apple would not be able to compete with Google on pricing. The Android platform and great handset choices have helped Google capture more than 80% of the market. The strength or unique selling proposition of Apple has always been the quality and feature rich nature of their products. That helped Apple get market attention and also enabled it to price its products at a much higher pedestal. It had its own niche and people wanting to buy an Apple product went for it despite the price differential. But that gloss appears to be slowly waning. The US market which has always been a strong market for Apple is now seeing a surge of Android devices and the increasing market share of Google Android should indeed be worrisome for Apple.

The numbers tell the story. The market share of Android rose by 11.4% to now close at 63% while that of Apple fell by 11.8%. This was for the period ending July this year. In China, the story was similar with Windows losing market share and dropping by more than a percent.

The scenario in other markets is not too different. India is another huge market for smart phones. Though exact figures are not available, there is little doubt that Android phones have been selling in large numbers over Apple and Windows. Windows phones though are more popular in Italy and have even overtaken Apple. The Microsoft OS has slipped in the UK with close to 10% of the phones being run on it, down from 12% just a year back.

The European markets of UK, Spain, Italy, France and Germany show strong Android penetration. The increase has been of more than 4% over last year and Samsung Galaxy 5 has been one of the most popular devices, garnering close to 12% market share.

Windows too has been doing well but not as well as last year and the worst affected has been Apple.

The growth and increasing market share for Google Android in Asia has also been possible because of companies like Xiaiomi and Huawei. These handset manufacturers pack so much more into their devices and offer them at price points so low that consumers are more than happy to try out Android as their first phone. Even those looking for their second phone have been known to look for such feature rich phones and since the pricing is friendly, they do not look at Windows or Apple, even though they may be aware that the OS of both these companies may be superior and free from security glitches.

Apple would have to do something radically different in terms of their iPhone strategy. They may need to introduce cheaper models and more of them to be able to counter Android. The difference in market shares is becoming more and more pronounced with every passing month.