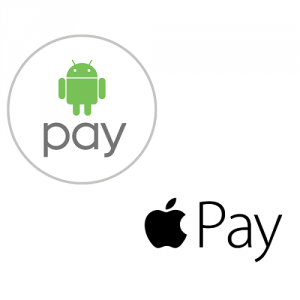 There was a lot of anticipation coupled with boatloads of excitement when the Apple Pay was launched last year. That momentum in hype continued when Google launched the Android Pay and users thought they would have a breeze making payments through their device and shop freely. Both platforms were primed to be paradigm shifting firestarters according to tech experts and users alike. So why haven’t they still picked up steam in the market? Let us find out why.

However, those expectations have been belied mainly because of the non acceptance of payments through mobile phones by many local merchants. The problem appears to be a deeper one and related to card payments to start with.

This deadline set by major payment processors like Europay, Visa, and MasterCard to ensure that fraudulent payments through magnetic stripe cards are eliminated has not been taken seriously by the merchants, it would appear.

Considering this figure of close to 30% is a drop from the earlier figure of 34% that was reported in March, it looks like the problem is here to stay for some more time. That is bad news for Apple and Google who were relying on the quick rollout of the Oct 1st deadline for replacement of the checkout terminals with the ones that can not only accept chip cards but also payments from mobile phones. Going by this, both Apple Pay and Android Pay are not likely to take off as expected.

Other issues brought to the fore for non-implementation

The fact that some of the merchants like restaurants do not suffer fraud leaves them with no great motivation to switch to such EMV card payment systems. Even customers who have got the cards are finding it difficult to get used to them and that is another reason why the progress of replacement of terminals is tardy.

The expectation is that by December, close to 45% of the merchants in the US would have got their terminals replaced and these include the big store as well as restaurant names. The issue is with the smaller merchants, who are resistant to change.

Till the roll out is complete, it is unlikely Apple Pay and Android Pay will become as popular as initially thought.