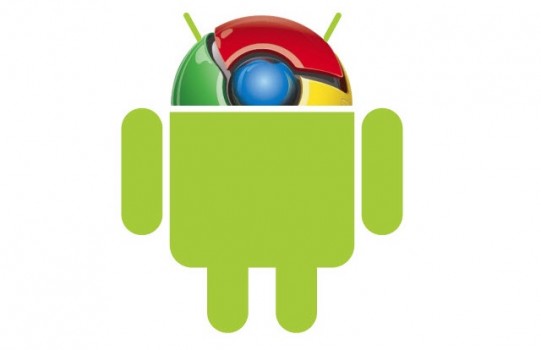 Google has been working hard to defragment its Android OS for some years now. The efforts have not yielded the success it may have sought but that is a work in progress as of now. The more interesting development is its efforts to integrate the Chrome OS with Android though.

Yes, despite no official confirmation from Google, it is clear that the technology giant is keen to integrate its two main OS at the earliest. Those of you not aware of the Chrome OS, it is the one that is based on the Chrome browser being used by you on your laptops and other devices.

Chrome OS not a comprehensive platform

The Chrome OS is not a comprehensive OS like your Windows or the Mac OS but has been found convenient by those who would like a functional OS without the trappings or worries of installing security or malware software and updating them regularly.

A task oriented OS is what the Chrome OS is and users not wanting the heavier Windows or Mac OS alternatives have found this one to be perfect for them. They are more than happy to use their Android tablet paired with the Bluetooth keyboard and storing important files on the Google Cloud.

The only issue has been the difference in functionality of Google Docs, Slides and Sheets as they appear on the Android powered as it is by a different browser. Moreover, many features for editing are not available on the app for Android.

Chromebooks to the rescue

They have found in Chromebooks, the perfect option. This OS boots in 5 seconds has a battery that lasts more than 5 hours and though not as smooth in performance like the Windows, works very well on devices that cost just $250. It is therefore easy to carry and you do not need the power adapter as well.

However, you cannot Skype or use some of the popular Windows applications like Office, but you still have the Google Hangouts for video conferencing.

Cut to the Android and you will find it has all that you need and that is why the integration is so promising to users. With Chrome OS having applications on Chrome Store already, the merger would enable the Chromebook functionality with accessibility to many of the popular apps of Android.

The distinct advantage is not lost on users. Those wanting a functional affordable working OS will swear by it while others who prefer the functionality of a laptop fully loaded can still go for the premium Chromebook that sports the Intel Core i7 for superb performance.

Chromebooks are also into the enterprise segment despite the emphasis at these places on much higher security requirements. There are different configurations being sold by Google and since no external apps can be installed, the risks of malware practically become nonexistent.

The integration is sure to make life simpler and accords to the user the flexibility of using any of the devices based on his or her spending ability.