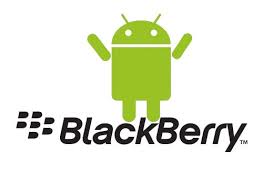 After a brilliant start some years back, Blackberry has fumbled and fallen out of preference for most smart phone users. Users moved to the Android and iOS platforms even as Blackberry dilly dallied over what OS it should be introducing. Even a giant like Microsoft with its Windows OS has been unable to make a significant dent in the market shares of either Android or iOS. Blackberry in the meanwhile failed to make an impression with its Blackberry 10, despite the hyped security and other productivity benefits it espoused.

Blackberry can still bounce back

It is against this backdrop that the decision of Blackberry to start making Android phones assumes great significance. It has realized it has wasted valuable time vacillating on its approach and has come to a prudent decision. The smart phone market is only going to keep growing and by trying to pose a stiff challenge to other Android phone makers, Blackberry has signaled its intentions. It believes it can still bounce back and will have opportunities to display its unique selling proposition advantage over others.

Better security and productivity benefits have always been Blackberry’s strengths. It should now make these available on the Android platform that it is keen now for consumers. On the enterprise segment, it has been trying to open up these advantages for both iOS and Android. However, further investments on the development of Blackberry 10 and its maintenance would probably not work out for the company. Moreover, it does not have the cash to spare either for further experimentation in this product.

Android can be the game changer

One of the reasons put forward by analysts for the Blackberry 10 failure was the lack of interesting apps. The company tried to address this by permitting developers to port apps on the Blackberry 10 but that move for obvious reasons did not cut ice with consumers. They did not want “Android wrappers”, but the real thing and that is why this decision of Blackberry to make its own Android phones can possibly be the game changer it has been looking for some time now.

Blackberry hopes to leverage its advanced security architecture as a key differentiator to the open source and often vulnerable nature of the current Android OS. That no doubt is a very good strategy and brings value to the consumer that is nonexistent presently.

The above features can also help Blackberry differentiate itself. Physical keyboards may not be very popular among users today but if presented in the manner that Blackberry is going to, through a slider type device and larger screen, consumers may bite.

Blackberry thus does not need to abandon its hardware but just give strong signals to the market that it is interested in pursuing devices business. This move to make Android phones is one such signal that will be welcomed by the industry and consumers. It can be the harbinger of the return of form for this company without doubt.