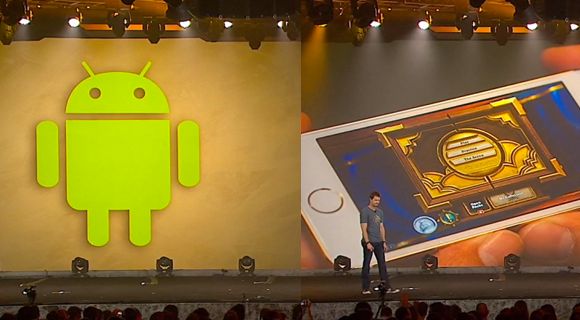 If you have been looking forward to the card game Hearthstone, you would have to wait longer, as it will not be available till early 2015. The much awaited collectible game was initially slated for a Android tablet release this year end but Blizzard Entertainment has confirmed that they would require more time to get the iPhone as well as the Android versions ready. However, the wait could be a blessing as a more compact version is sought to be developed and released early next year.

The development update shared with the media talks of a successfully running version in place for the moment. However, in order to enhance user experience and to improve accessibility for PC as well as tablets, they have chosen to delay the release. The intent is to provide that intuitive Hearthstone experience to users wishing to play the game from their Android or iPhone smart phones.

The game in its current version is absolutely ready for the bigger screens of the PC or laptops. The reason for the delay is to make the interface totally customized to fit the Android and iOS platforms and measure up to the requirements or constraints of smaller screens.

Readers will recall that Hearthstone Heroes of Warcraft was released for the Mac and Windows users earlier this March and this was followed by a release of the iPad version in April. Since then there has been great expectations about this card game. The Heroes of Warcraft has been a runaway success.

Blizzard Wants To Take Its Time

Following the tremendous success and popularity of the game on the bigger screens, Blizzard is not going to be tempted to do anything in a rush. They want to take their time to ensure that they get the smaller screen version absolutely right so that there is no requirement for any tweaking to be done later on. The challenges posed by smaller screen requirements are of a different order and deserve to be handled accordingly.

They are aware that this free-to-play game will be a roaring success on the two most popular smart phone platforms. The burgeoning smart phone markets in both developed and developing countries present a huge opportunity to showcase this game in the best possible manner and the developers are not willing to take chances.

They maintain there is not much work left and only some polishing to be done before they are able to release the version but analysts have a different take on the delay. They believe that the achievement of reaching 20 million registered players for this card game since release and so quickly places great responsibility on the developers to get it right the first time on diverse smart phone platforms. Moreover, the game is due for its next expansion when 100 more cards would be added to it. There is no doubt therefore that the developers are in no tearing hurry and want to deliver the very best to an expectant audience.