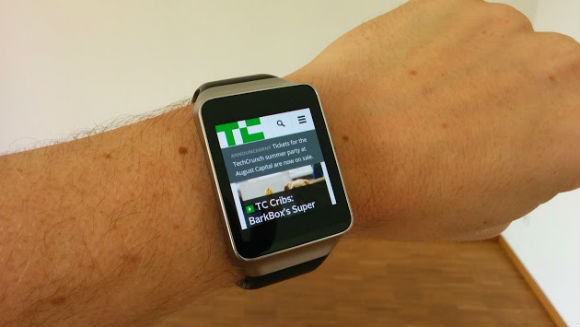 The concept of Android Wear was a brilliant one when it was launched. Users wanting a smaller companion to their mobile and the extra screen for notifications visibility were thrilled at this. But beyond that, the concept did not thrill anybody and sales of such Android Wear did not quite set the market on fire.

But things are looking up now and with the technology ecosystem evolving rapidly and with talks of smart homes in the air, the utility of Android Wear will be hard to ignore. There is talk of having the total Android control center on the wrist and that is indeed a very ambitious idea but not improbable. After all, how many of us envisaged the Android Wear itself becoming a reality a few years back.

Play Store already full with many apps but yet…

The thought of a control center may be considered a bit of an overkill considering that today the Play Store already has apps that do a great job of providing a wonderful notification experience. You do not have to always take out the smart phone, thanks to many companion apps.

But looking at the future, you might want to invest in the Android Wear, considering that Google and other makers of such wear are more than ready to make them technologically savvy. The prices too today are not as exorbitant as they were during launch. The first generation smart watches are now available at affordable prices.

No more any irritating issues plaguing these devices

As opposed to the many issues that these devices were fraught with when they got launched, most of them have been resolved through updates. The newer models do not even require updates and since Android Wear functions the same irrespective of the device you use, you are not constrained for choice of models either. Just choose the one that appeals to you with regard to design, looks, battery life, charging and so on and you are good to go.

You can even get around any battery related issue on these devices by unlocking the boot loader and flashing new kernel. Android does give you that flexibility though you may also argue that due to the simplified UI, you may not achieve total control over the running of apps.

Android Wear is here to stay

Analysts who may have called wrong and may have spelt doom for Android Wear looking at initial responses by the users are having a rethink today. They are aware of the tremendous surges being made on the technology front. Smart homes and smart cars are the future and to manage them effectively, the user will not be able to do much without smart wear. Android Wear is the solution and with news about some shoe company launching an untethered version doing the rounds, the prospects seem bright for this device.