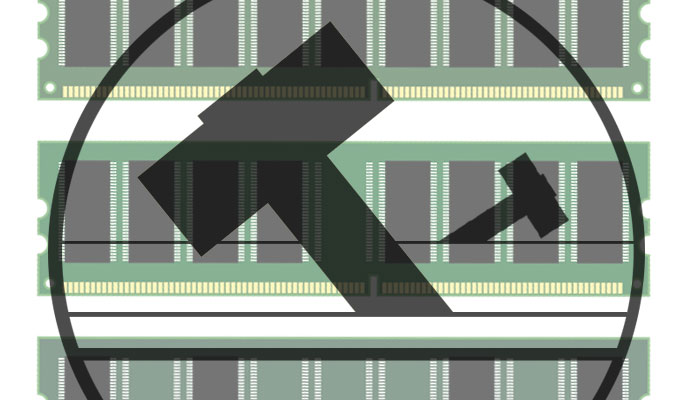 Back in 2016, the Android community reeled from an exploit called Drammer. Drammer rooted your device by exploiting a vulnerability. Google quickly patched the vulnerability, temporarily mitigating the attack. Unfortunately, Google’s fix worked for 21 months, but now we’ve seen a similar attack take place under the name RAMpage.

Both Drammer and the newly unveiled RAMpage use a “Rowhammer” exploit to root your Android device.

Rowhammer is a class of exploit that changes data stored in memory chips. To change that data, the exploits will repeatedly access the internal rows of that memory, which is where individual bits are stored. The attacks will “hammer” the rows thousands of times a second, eventually causing the bits to flip, changing the 0s to 1s and vice versa.

Then, Rowhammer attacks migrated to Android devices. In 2016, “Drammer” was spotted attacking Androids using similar attack methods to the ones used against PCs.

“Every Mobile Phone Since 2012” is Affected by RAMpage

RAMpage was discovered by Victor Van der Veen, a professor at Vrije Universiteit Amsterdam who published his research in a blog post last Wednesday.

Van der Veen and his colleagues report that RAMpage can affect virtually any modern mobile device, including phones and tablets.

In fact, “every [Android-based] mobile device that is shipped with LPDDR2, LPDDR3, or LPDDR4 memory is potentially affected [by RAMpage], which is effectively every mobile phone since 2012.”

Van der Veen and his colleagues tested the exploit on a number of devices. They were able to successfully achieve Rowhammer attacks (bit flips) on the Nexus 5, Nexus 4, and the Google Pixel 1. All three devices use different types of RAM, (LPDDR2, LPDDR3, or LPDDR4), indicating the exploit works regardless of the physical RAM used.

Van der Veen published the results of his research online at http://rampageattack.com/

Any time a large number of devices are affected by an exploit, it opens the opportunity for large-scale attacks.

Fortunately, Van der Veen claims large-scale attacks with Rowhammer are unlikely. Google echoed his sentiment, and a Google spokesman has released a statement regarding the company’s official stance:

“We have worked closely with the team from Vrije Universiteit, and though this vulnerability isn’t a practical concern for the overwhelming majority of users, we appreciate any effort to protect them and advance the field of security research. While we recognize the theoretical proof of concept from the researchers, we are not aware of any exploit against Android devices.”

In any case, RAMpage is one of the few Android-based exploits that could root your device and cause serious damage. Fortunately, it doesn’t appear to pose a major security threat to Android users at this time.