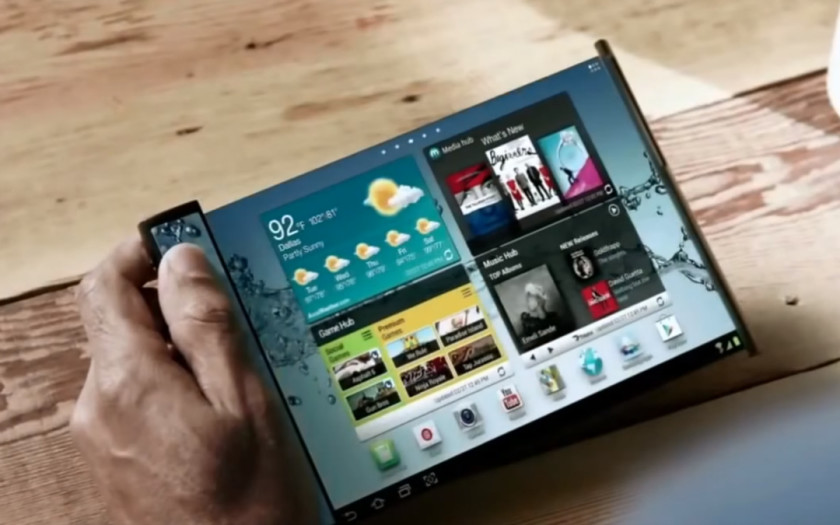 Before the end of this year, the world could have its first foldable smartphone.

That’s the latest rumor from South Korea, where Samsung is reportedly hard at work bringing a foldable smartphone to market.

Of course, foldable Androids have been rumored for the last 3 years now. We know the technology for bendable displays is there – it’s just a matter of which phone company wants to add that tech to a smartphone.

This latest rumor comes from the infamous “supply chain sources” in Taiwan. Those sources claim that Samsung is preparing to launch a “small production” of its first foldable smartphone later this year. That smartphone would feature a flexible Super AMOLED display.

If the first test batch released in Q4 2017 is successful, then Samsung is reportedly prepared to start mass production in Q3 2018.

To be fair, a contradictory report has appeared online at about the same time as the first report, telling the world not to expect foldable smartphones in 2017 – but they could possibly be released in 2018.

One of those challenges is the manufacturing of a reliable, foldable plastic cover made from polyimide (PI). That may not seem like a big deal, but it’s a key component in foldable smartphones.

Samsung Already Has a Patent

There’s good reason to believe Samsung will release a foldable smartphone in the near future.

Late in 2016, Samsung applied for – and received – patents from the US Patent and Trademark Office (USPTO). Typically, that means that the company already has prototypes ready to display.

Some believe that Samsung is ready to show off that prototype at Barcelona’s Mobile World Congress at the end of February.

Samsung Isn’t the Only Manufacturer With a Bendable Display

Apple, LG, and Microsoft have all showcased bendable display technology in the past, or are suspected of developing bendable smartphones in-house.

LG, for example, has showed off its flexible OLED display prototypes at multiple tech events in recent months – and some people believe LG will release a foldable smartphone before Samsung.