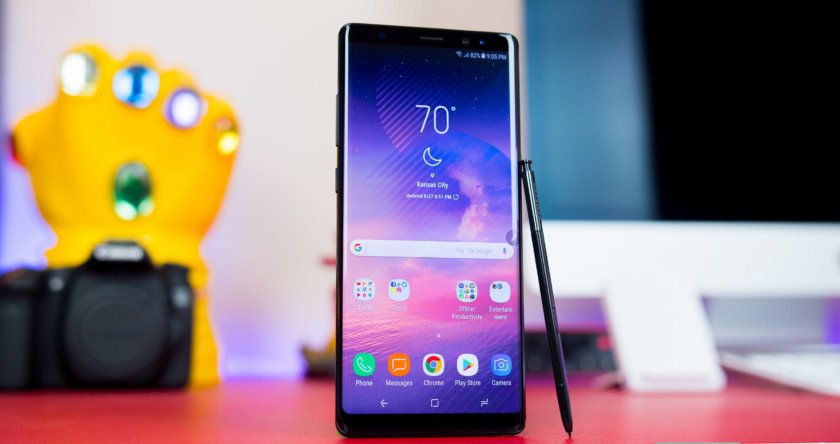 With the anticipation of the latest Android phone release this 2018, we look back on the most amazing smartphone releases this early January and February 2018 and some of the best phones released last 2017.

The most exciting Android phones are said to be released in the first half of 2018. We can’t wait what technological breakthrough these smartphone manufacturers have in store for all the consumers, not to mention the expectation from Android Oreo to dominate the Android market.

While we’re waiting, here are some of the Android phones already available in the market which features can still potentially compete with the upcoming phones.

Galaxy Note 8 went down last 2016 after its controversial breakdown. Samsung has not given up on it yet and its now back in full force with upgraded specs. Note 8 is probably the best phone you can buy right now.

The large screen display at 6.3-inch Quad HD+ Infinity Display is what we love most about the Note series. It can be too big for some people, but it is still fun watching our favorite movies and TV shows. Now, it is equipped with multiple screen display and an all-new dual-camera setup.

If you’re looking for a simple, functional, and standard sized Android phone, Google Pixel might still be the right phone for you this 2018.

Google Pixel 2 boasts in its camera features with a 12.2 MP camera features. It doesn’t have dual-camera, but it is named the best smartphone camera in the market. The main camera is impressive in every situation and environment. Both front and rear camera has the portrait mode pictures best for taking selfies and exceptional “phonetography.”

LG V30 has everything you need in terms of specs this 2018. It is already running with the latest software and hardware available on the market today. Talk about functionality and convenience.

LG is also promoting the advanced camera and photography features too. With its breakthrough in camera quality and features from the LG G-Series, the company is now adopting the same features to their other series. The V30 has an exemplary 16MP rear camera equipped with a crystal-clear lens instead of plastic. This means more realistic looking photo compared to other camera results.

The audio is also superb supporting Hi-Fi Quad DAC tuned by B&O Play. It also the first smartphone to support MQA which allows streaming of hi-res audio with a smaller file size without risking quality.

The OnePlus 5 has been struggling in the market and users believe that it has not met the 2017 standard. That’s why OnePlus made some good upgrades for OnePlus 5T.

Unlike the standard 16:9 quality display of other Android phones, OnePlus 5T has larger with 18:9 aspect ratio. The camera is also upgraded to a 20MP sensor that uses the advanced Intelligent Pixel Technology. In terms of security, the fingerprint sensor has been moved around the back and it has now the ability to unlock via face recognition.

These smartphones may have arrived too early, but it doesn’t mean they can no longer compete. Their features are still considered to be the best in the market today. What do you think? Will you prefer to use these earlier released phones, or wait for the 1st quarter of 2018 to end before deciding to get a new one?