Unfortunately, not all remote administrators are good people.

Such is the case with the new Remote Administration Tool (RAT) malware for Android. This recently discovered malware turns your Android phone or tablet into a “zombie”. It steals pictures, texts, audio and video files, as well as call information, email accounts, and Facebook data. 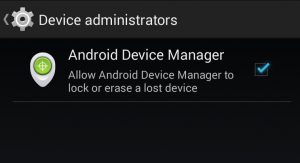 If your phone has the RAT infection, then a malicious third party can prey on your sensitive data. That data includes spying on text messages, listening to phone calls, accessing your device’s camera, and performing other evil deeds.

This new RAT malware is called Dendroid and is being sold for around $300 on online black markets. Malicious individuals pay for Dendroid in untraceable currencies like Bitcoin.

In fact, according to the Lookout Security report on the topic, Dendroid was designed specifically to evade the Google Play Store’s malware scanners. It’s a premium piece of coding that comes with the following promised features:

-Send texts as the device owner

After purchasing Dendroid, developers often mask the malware within an existing app. Instead of getting a game, for example, you might download the remote administration virus.

Obviously, that’s bad. So how do you protect yourself? Keep reading below.

How to easily avoid Dendroid

Android viruses get a lot of attention with the media, but very few users are ever actually infected.

That’s because Android has a bunch of security measures that extend beyond the Google Play Store. However, it’s still a good idea to educate yourself on various protection measures:

-Don’t download apps from third-party sources; only use the Google Play Store unless you know exactly what you’re downloading

-Avoid downloading apps from the Google Play Store that don’t have ratings, downloads, or a long history of being available on the store

By following those three guidelines, you can significantly reduce your risk of ever encountering the Remote Administration Tool Dendroid virus in the wild.